Fjeldstad signs with Stillman for softball 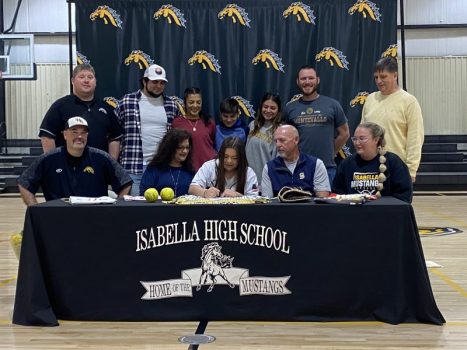 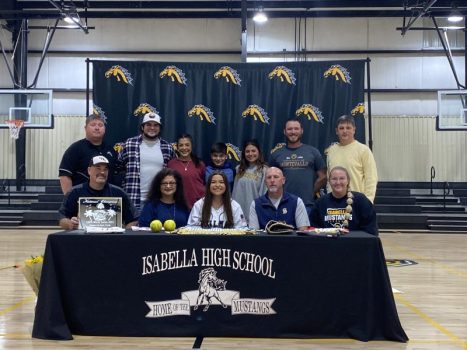 Gracie Fjeldstad and her family pose for a picture after her signing. (CAREY REEDER | ADVERTISER) 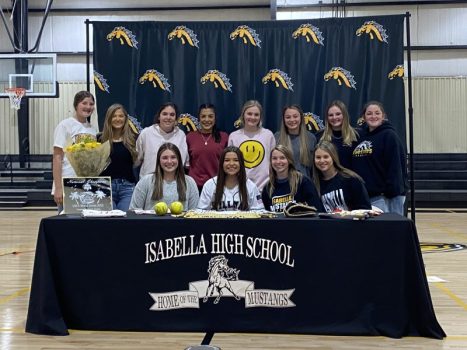 Grace Fjeldstad and her friends pose for a picture after her signing. (CAREY REEDER | ADVERTISER)

Fjeldstad played four seasons at Isabella and excelled on and off the field to earn a scholarship to the NAIA school in Tuscaloosa.

“I’m feeling very ecstatic, it’s great to have somewhere to go after high school,” Fjeldstad said. “I’m very appreciative of all the people that have been here along the way.”

Fjeldstad’s family, grandparents and friends packed into the gym to see all the hard work pay off as pen went to paper alongside Stillman head coach Joel Penfield.

“I feel really good about signing Gracie, I like her attitude about everything and she works really hard,” Penfield said. “We’re looking forward to a good year. We’ve brought good players in, and our numbers are back up.”

Fjeldstad will have the opportunity to step right on the field in Tuscaloosa next year, partially due to the intangibles she brings to the game. Having a sweet swing at the plate and the ability to drive the ball helps, too.

After visiting Stillman, Fjeldstad seemed to know right away where her new home would be.

“I really bonded with coach Penfield, and the environment just felt like home to me,” Fjeldstad said. “It was really welcoming.”

Fjeldstad’s presence in the dugout will be missed most in the Mustangs program.

“She’s not quiet, she’s never in the back of the dugout, always screaming and encouraging people,” Isabella head coach Kacie Adams said. “Even when she’s not had her best game hitting, she’s always encouraging and trying to fix it and get better.”

Fjeldstad was a three-sport athlete in high school playing volleyball, basketball and softball. She said the memories and the people from Isabella are what she will miss the most.

The senior is also looking forward to meeting new people, and having the opportunity to volunteer and help out at Stillman.

“We’re blessed, God has blessed her with talent, and we want her to continue on,” Katrina Fjeldstad, Gracie’s mom, said. “She’s got the academics and the athletics, and we’re very proud of her for accomplishing her goals she set forth. We can’t wait to see what’s in the future for her.”

Along with her friends and family, the entire senior class at Isabella joined Fjeldstad in the gym to witness her signing. The senior spent 30 minutes after the signing taking pictures and interacting with her fellow classmates.

“It’s very warming,” Gracie Fjeldstad said. “You sit back and look, and these people are all here for me. It’s really caring and I thank them for it.”

Isabella Softball is currently 1-5 on the season and faces Chilton County High School on March 10 in the first day of the county tournament.