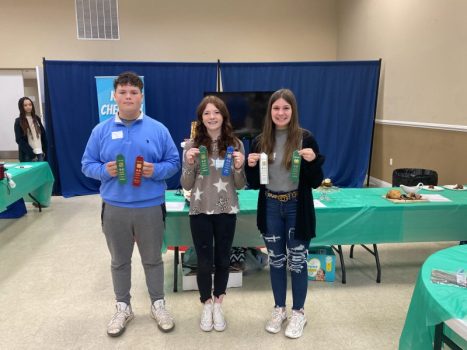 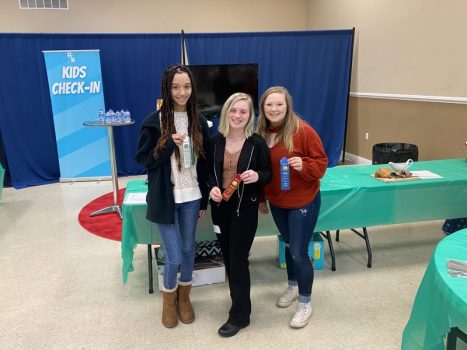 Trivonna Abbott from MHS, from left, Alexis Redd from JHS and Lauren Jones from JHS pose with their winning ribbons. (CAREY REEDER | ADVERTISER)

The students made a wide variety of dishes with the meat. Beef is the focal ingredient to help bring attention to the strong meat production in Chilton County.

“We wanted to showcase our beef farmers in the county, and this event was another way to do that,” 4-H leader Pam Ousley, said. “The beef in the county is another area that people may not think about, but there’s such good beef producers in our county.”

“We eat fajitas a lot at our house, so I wanted to make something I was familiar with,” Tigner said. “I had to adjust some things with them, different sauces, but everything was mostly the same.”

Lauren Jones from Jemison High School took home first place in the senior’s group with her rendition of beef tacos.

“It’s important to me so many schools participated this year,” Ousely said. “All of these students are active in their school, and for them to take the time to do another event is a plus.”

Jones used the contest as a chance to show her versatility as a cook, serving brisket as her main ingredient.

“Brisket is an uncommon meat you don’t see a lot of in Alabama, and people don’t know how to cook it well,” Jones said. “So, when given the opportunity to cook it, you have to research on it to find how to best make it how you’d want it.”

Alexis Redd from JHS placed second with her roast beef sandwiches with an added element of flavor.

“The pickled radishes made it pop a little bit with the color,” Redd said. “I think it turned out really well.”

Trivonna Abbott placed third by making beef birria tacos which she has been wanting to try for a while.