Tie for Boys Basketball Player of the Year 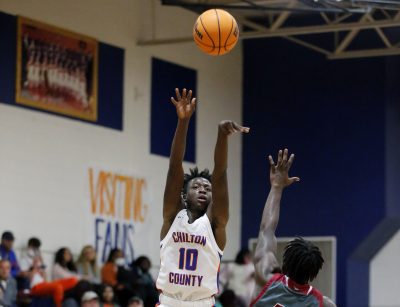 Jakeveon Bolding has been named co-county player of the year for 2022. (FILE | ADVERTISER) 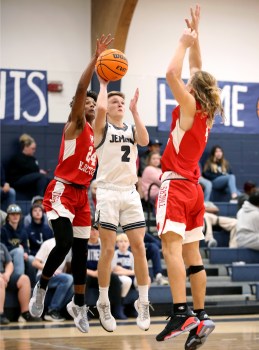 Harrison Hiyler has been named co-county player of the year for 2022. (FILE | ADVERTISER)

Bolding has been a staple in the Tigers starting lineup since his ninth-grade year, and has only progressively gotten better now as a junior. Bolding’s three years as a starter culminated in an All-County First Team selection last year, and he surpassed the 1,000-point threshold this season. Bolding was a walking double-double averaging 12.8 points per game, and just under 10 rebounds at 9.8 per game.

“He gets a lot of minutes because he plays so hard,” CCHS coach Austin Moncus said. “He played through some fatigue this year I’m sure. We relied on him pretty heavy.”

Bolding was asked to handle the ball if teams pressed, rebound harder throughout the season, and do the little things that take more effort and attention to detail, but Bolding never wavered.

“He’s a kid you definitely want in your program,” Moncus said. “He is a leader, a guy who is going to lead by example, and always do what he’s asked to do.”

The scariest thing, for other teams, is that Bolding returns next year for his senior season alongside three other seniors that all played key minutes for the Tigers the last few years.

While Bolding’s 2021-22 season was special, it will be up to him to see if CCHS can take that next step in his last season.

“We hope playing them at a young age is going to give them the experience they need to win bigger games,” Moncus said about his seniors next year. “I’m looking forward to sending those guys out on a good note.”

When you think of a do-it-all type of player, you have to take a stroll down U.S. Highway 31 to Jemison High School to find arguably the most complete player in Chilton County.

“He’s been our best player from start to finish, a very decorated player,” Jemison coach Ronnie Driver said. “He’s the first kid in the gym, the last one to leave, and he competes at such a high level.”

Hilyer played all 32 minutes in most games, and was asked to do a lot on both ends of the floor for the Panthers.

“He’s just an overall great player and I hope our community recognizes what type of contribution he’s made to our program,” Driver said. “He’s left it all on the line.”

The 2021-22 season was Driver’s first at Jemison, and what a player he was given to develop. Hilyer developed further this season under Driver, enough to hold three collegiate offers to play at the next level. Hilyer has not made a final decision on his future, but should sign somewhere in the next few weeks.

“The sacrifice he’s made to be the player that he is, and me as a head coach really appreciate him buying in to our program,” Driver said. “He’s a leader on and off the court, he’s a blessing to coach.”