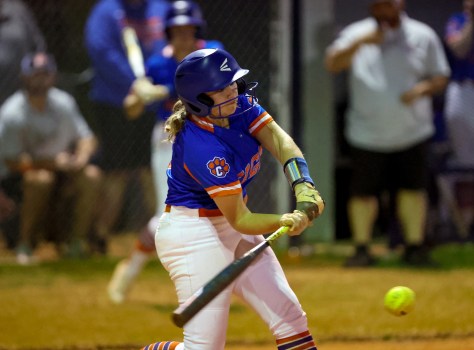 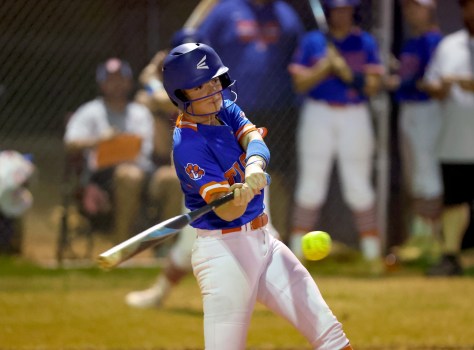 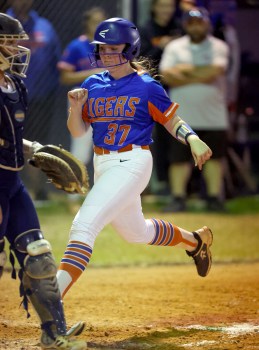 Gracie Brewer comes around to score a run for the Tigers. (BRANDON SUMRALL | SPECIAL)

Chilton County High School got back to .500 on March 3 thrashing the Jemsion High School Panthers 16-0 behind a two-hit outing from eighth grade pitcher Mallie Harrison.

Harrison threw four innings and struck out four batters to pair with the two hits. The Tigers posted 18 hits at the plate.

The young players were the stars in the game with freshmen Chloe Shiers and Macey Pierce both going 3-for-3. Shiers added three RBIs and Pierce walked twice.

Sophomore Josie Cornell went 4-for-4 in the game with three doubles.

“The younger girls really stepped up tonight for us, and (Harrison) pitched a gem,” CCHS coach Johnny Giles said. “It was solid, and tonight was a much better performance defensively than the last few games.”

Giles had been adamant about the Tigers errors in the field the last few games, but the Tigers had no errors against the Panthers.

“Hitting solves a lot of things too,” Giles said. “We made good adjustments, and we’ve worked hard on that at practice, and they responded well.”

CCHS jumped up early as senior Jadyn Kurdziel laced a single to put the Tigers up 2-0 in the first inning. Pierce followed with a two RBI single of her own, and Shiers made it three consecutive two RBI doubles to make it 6-0. Senior Emma Deason added another run with an RBI single to make it 7-0 after the first inning for CCHS.

The Tigers were without junior Tyeshia Williams after a cut on her leg sidelined her in the last game.

CCHS will hope to carry this momentum into next week’s county tournament where the Tigers will try to defend their tournament title.