Baseball county tournament to be held in Thorsby 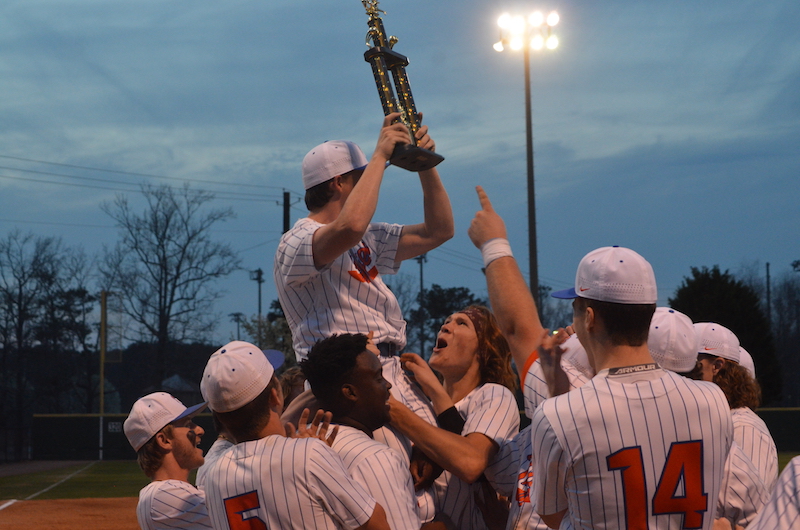 The Chilton County baseball county tournament begins March 10 and runs through March 12. Thorsby High School is the host school this year. Three games a day will begin on March 10 at 2 p.m. with Maplesville taking on Jemison in their third matchup in 15 days.

“It’s a big deal in this county, it’s small towns in a small county, so when that comes around it is special,” Maplesville coach Justin Little said. “Every team has rivalries with other teams in this county, so it’s just a fun time and it’s really competitive.”

Maplesville made the championship game in last year’s county tournament.

“We want to get back to that championship game and see what happens,” Little said. “But it all starts with game one.”

“We’ll get a couple more games under our belt, and keep this hot streak going into it,” Jemison coach Phillip Easterling said. “I’d love for this group to have a chance to win it.”

Another team that is loaded with seniors is the Thorsby Rebels. They will play Isabella and talented pitcher Colton Conway in the second game on March 10 at 4 p.m.

In the night cap, the defending champion Chilton County High School plays Verbena at 6 p.m. The Tigers have had a rough start to their 2022 season, but coach Ryan Ellison hopes the tournament can change momentum for CCHS.

“We’ve had some breaks that didn’t go our way, but I really think we’re really going to peak going into area play in a few weeks,” Ellison said. “The community loves it, to come out and see all the local teams play at a single location, we love playing in it.”

The 11th will have three games starting the losing bracket at 2 p.m. and the semifinal will be at 6 p.m. The final day will begin at 11 a.m. and the championship game is scheduled for 3 p.m. on March 12.