Rebels overpower Bears on the diamond 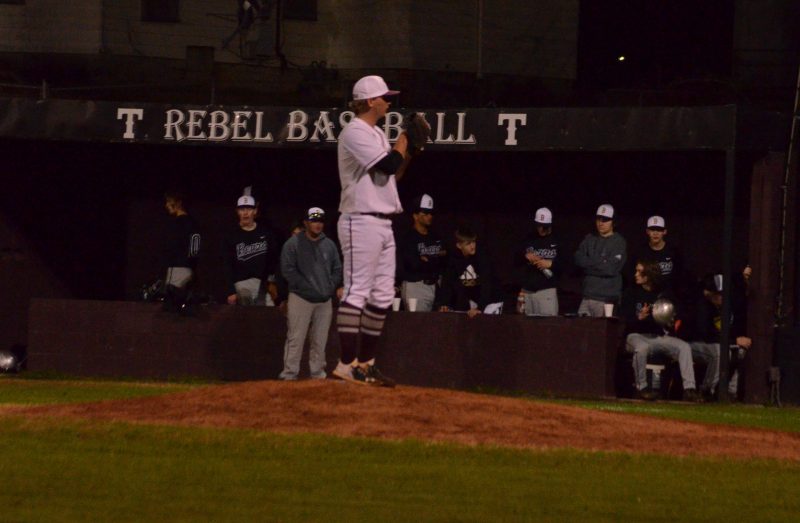 The Thorsby High School Rebels left no doubt on March 1 thrashing Billingsley 17-2 to end its three-game losing streak. Thorsby starting pitcher Andrew Edwards carried a no hitter into the fifth inning, and the Rebels had 34 plate appearances in four innings of offense.

Before you could blink, Thorsby posted eight runs in the bottom half of the first inning to take the lead. They added six more runs in the second inning and three in the third.

“Even though we haven’t had the start we wanted, we’ve been in every game we’ve played,” Thorsby head coach Drew Wood said. “If we play a clean game, we’ll be in most games that we play.”

Payton Cole led the way for the Rebels going 3-for-3 with a double and three RBIs. First basemen Noah Littlejohn launched a towering two-run homer for his only hit.

Luke Davis and Remington Taylor each had two RBIs, and sophomore Grayson McManus added 2-for-3 night at the plate with a double and an RBI.

“It was nice to see the bats wake up,” Wood said. “We’ve been struggling a bit at the plate, and I hope this will give us a step in the right direction.”

While the offense was having its biggest output of the year, Edwards was lights out on the mound for the Rebels. Edwards threw five innings giving up two hits and two runs, both unearned, while striking out eight Bears batters. Edwards added an RBI and reached on an error twice.

Billingsley could not get to Edwards until the fifth inning when Nathan Gilmore hit a standup double to put runners on second and third base with no outs. Shane Shirah scored a run on an infield single, and the Bears added another before Edwards closed down the show.

“It’s a learning experience, we have to make those routine plays to help our pitchers out,” Billingsley head coach Jeffrey Alexander said. “Our approaches at the plate need to get a little better.”

Billingsley hosts Isabella on March 4 while Thorsby has a busy schedule before next week’s county tournament (March 10-12). The Rebels will travel to Dallas County on March 2 followed by hosting Shelby County on March 4. Thorsby’s last game before the tournament is a possible second round matchup preview traveling to Maplesville on March 7.