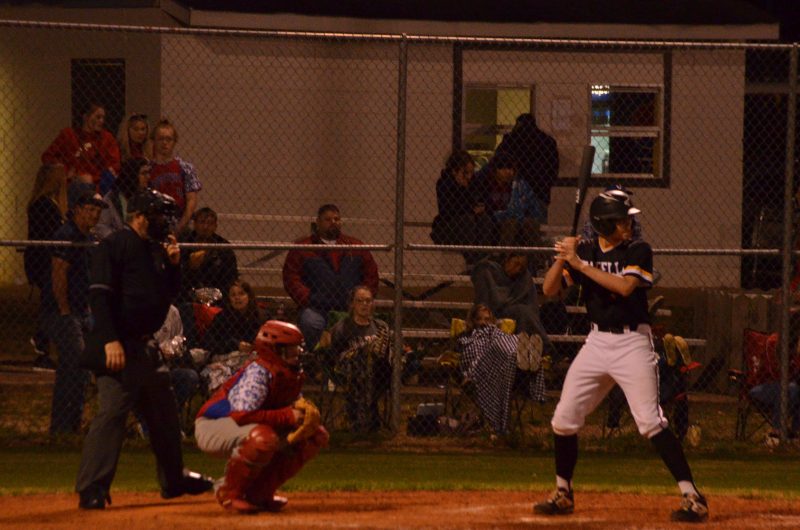 Isabella High School powered to a 13-3 win over Verbena on March 1 on the baseball diamond through disciplined and calculated approaches at the plate.

The Mustangs drew 12 walks in the game and poured it on in the second inning posting seven runs in bottom half after one in the first inning to make it 8-0 early.

Starting pitcher Colton Conway threw three innings of no hit, no walk baseball, while striking out seven batters to extend his hot start in 2022.

“I told them we wanted to score runs early and often tonight to save [Conway’s] arm,” Isabella head coach Dustin Green said. “He came in and did what he has all year, throw a lot of strikes, and that’s when our defense is at their best.”

Austin Porter is making himself at home in his new position at shortstop, sliding over from second base. Porter made some nice plays at short, and posted a game high four RBIs going 1-for-4 with a walk.

Zac Chapman and Judah Day each had two RBIs and one hit. Braxden Giles and Braxten Mims both scored three runs each and earned a combined five walks.

“Continuing to hit the ball well has been big for us,” Green said. “We’re running the bases well, and we’re finding our grasp with that.”

Verbena got to Day when he took over for Conway on the mound in the fourth inning for two runs in the fourth, and an extra in the fifth. Day threw two innings and gave up three hits, three runs and struck out a batter.

Lance Edwards led the way for the Red Devils going 2-for-3 with a run scored. Jonathon Marino added a hit and an RBI in the game.

“If we can keep pitching well, and have guys put the ball in play, we stand a good chance at having success,” Green said.

Isabella will travel to Billingsley on March 4, followed by a three-game series against Marion, a doubleheader on March 7 at home and one game on March 8 at Marion.

Verbena will travel to Central of Coosa County on March 4 for their last game before the county tournament on March 10-12.

While Isabella has seemed to hit its stride on both the bump and at the plate, Green wants to keep his players mindset simple, and focused, heading into the county tournament next week.

“You never want to peak too early,” Green said. “We’re looking at it as we’re a pretty good team that’s playing well, but a team that has a long way to go to where we want to be.”