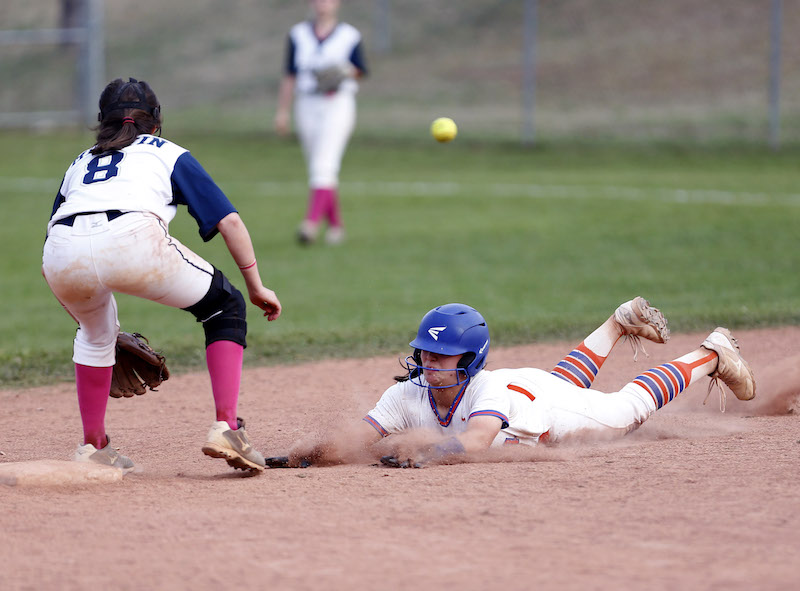 Chilton County High School’s Macey Pierce is this week’s athlete of the week after her performance on Feb. 28 against Oak Mountain. Pierce went 4-for-4 at the plate including a leadoff, solo home run in the bottom of the first inning, and drove in both CCHS runs in their 8-2 lose.

“She’s just a workhorse, and she’s so consistent,” CCHS coach Johnny Giles said. “She’s a powerful young kid that most teams fear, and she just makes it happen.”

One of the worst things a team can deal with is an influx of injuries all at one time, and CCHS is dealing with that at the moment. Pierce has also been tasked this season to replace the Tigers’ Marlie Giles at catcher after her injury in the winter. Pierce moved from her original position of shortstop and has filled in without a problem. She has helped control games behind the plate along with senior pitcher Emma Deason.

Junior pitcher Lexi Smith threw a beauty of a game on Feb. 24 leading the Red Devils to a 13-5 win over visiting West Blocton.

Smith gave up eight hits in her seven innings of work and her five earned runs were spaced out across multiple innings. Smith also went 2-for-5 at the plate in the game with two singles and an RBI.

Smith will be a mainstay in the Maplesville circle this season having three years of varsity softball experience under her belt.