Look into the future: CMS students participate in financial simulator 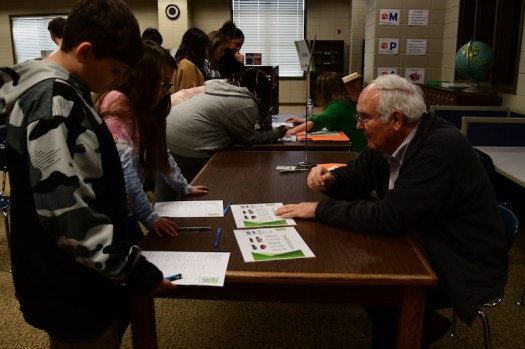 Students decide the best option at a station in the “Your Money, Your Life” simulator. (JOYANNA LOVE | ADVERTISER) 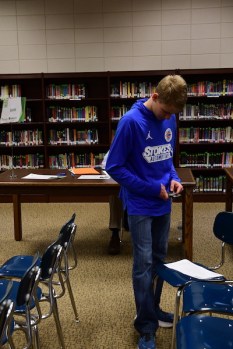 A student uses a calculator to total his expenses. (JOYANNA LOVE | ADVERTISER) 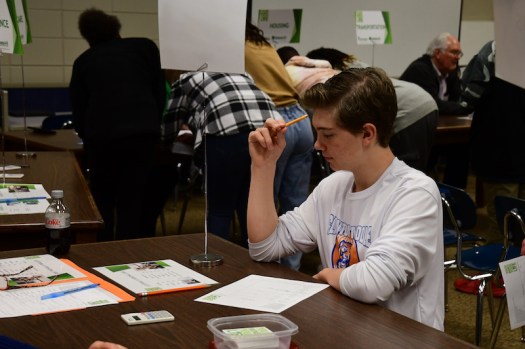 A student ponders what to spend on clothing and personal care. (JOYANNA LOVE | ADVERTISER)

Some Clanton Middle School students experienced sticker shock on Feb. 28 as they learned just how much they would likely pay for items needed in adulthood as a part of “Your Money, Your Life.”

During the event hosted by the Chilton County Extension Office and Regions Bank, students were given scenarios with a set occupation, income, taxes and family.

Stations were set up for housing, transportation, insurance, etc. as well as one for fun things and a bank. Some volunteers running the stations tried to give the students sound advice, while some tried to sell their product. At every station, students had to decide what was best for them.

“Everything is so expensive,” Bryan Thigpen said.

April Cleckler, who was a single kindergarten teacher with one child making $2,077, said housing cost more than she had expected.

Arliyah Grayson, who had the same scenario to work with, said clothes were more expensive than she anticipated.

“For personal wear, it was $250, and that was kind of shocking to me because I didn’t know that it was that expensive,” Arliyah said.

However, child care was less expensive than she thought it would be.

Bryan, who was a single personal care aide with one child making $1,458, commented that the salary was “not that much.” The simulation highlighted for him that sometimes one cannot afford exactly what one wants.

Pam Ousley of the Extension Office explained to students at the beginning of the simulator that they needed to base spending on their net pay.

Students kept track of expenses and compared them to income to see how they came out at the end of the month.

Some students were thrown a curve ball when they visited Life Happens and had an unexpected expense. For April, her Life Happens event was a major car accident. Fortunately, she had put some money in the bank to have some at the end of the month.

Cleckler said the simulator taught her about housing and utilities, so she will know what to expect when she gets older.

Joan McGriff of the Extension Office said Rex Bittle of Regions Bank had contacted the office about offering the event and Regions employees volunteering. CMS students in the personal finance and social development skills classes participated in the event.

“It is a lot of fun to kind of open up their eyes,” Kelli Peek of the Regions Clanton Branch said. “I like to see what they take away from it.”

In addition to highlighting the cost of living on their own, McGriff said the simulator also helps students get an idea of how much you make in different careers.

“I just enjoy teaching them, and hopefully, something we say will make them realize when you have $10 it doesn’t mean spend it every bit — save a little,” McGriff said.