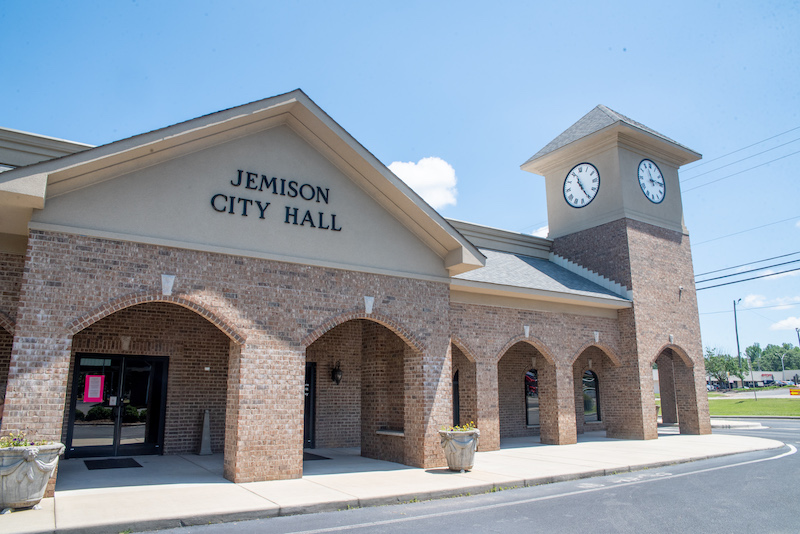 Jemison will have an online payment option for water bills available for the April billing period.

City Clerk Vickie Potts said the new option should be completed in mid-March to accept payments for April 10 bills. Those who prefer to pay in person or by check can continue to do so. The online payment system simply adds another way people can pay, according to comments at the Feb. 21 meeting of the Jemison City Council.

“Our drive-thru will continue to be utilized as will our drop box,” Potts said.

A link to the website that will be used to make the payments will be available on the city of Jemison website at jemisonalabama.org.

Through the new online system, residents will also be able to sign up for text or email reminders. Council member Rex Bittle said anyone who signs up for the electronic bill reminders would save the city postage.

Potts said this can be helpful to let people know when bills are due or have become delinquent.

Also during the council meeting, the council approved purchasing a 2022 John Deere 5100M Tractor for $71, 874.72 from the state bid list. Whether a second one would be needed as well was discussed. Mayor Eddie Reed said this tractor should get the city through the summer.

Reed said the city receives $14,000 from the state for mowing the right-of-way in state roads within the city, and these funds could be put toward the purchase of the tractor.

Council member Allen Wilson thanked the mayor and previous councils for making this and other upkeep things a priority.

“I think it makes our town look so much better,” Wilson said.

Reed said he has received compliments from those in other places about how clean looking the city is kept.

Renovations at the park are also in the works.

An amendment to the building permits to include permit requirements for any building that is remodeling other than single-family dwelling was also passed. This had been inadvertently left out of a recent update of the building permit fee schedule. However, it had been in place previously. The cost of the permit is determined by the value of the work being completed. Bittle asked what the city did if the value that was used for determining the permit was inaccurate once the project was completed.

“The city does have the authority to go back three years and collect,” Reed said.

The building inspector receives a copy of the permit and checks the building costs.

Local Black History highlighted at Celebrating Our Own