Athlete of the Week: Conway and Mims toss combined no hitter in season opener 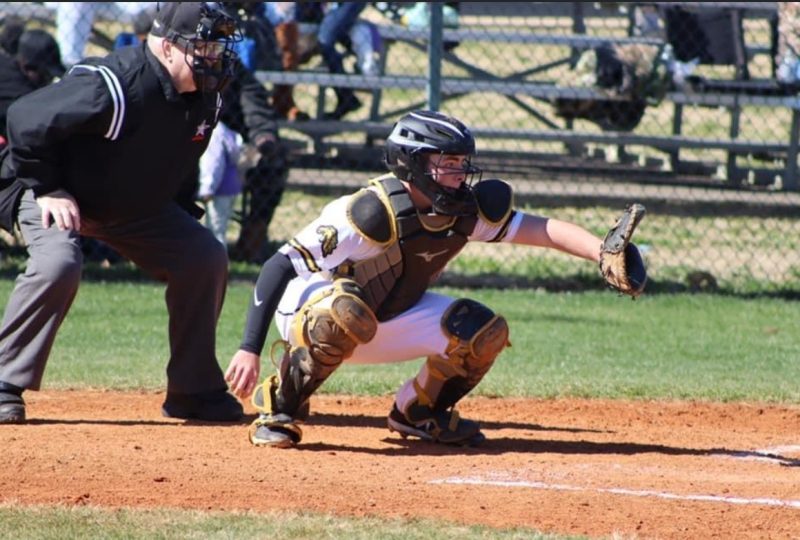 Colton Conway took over duties behind the plate against Notasulga for Tyler Mims who finished the Mustang no hitter. (KRISTIN WILSON | CONTRIBUTED)

Isabella High School’s Colton Conway is this week’s athlete of the week behind his performance on the mound on Feb. 19 against Notasulga. Conway threw three innings of scoreless, no hit baseball and struck out seven in the Mustangs season opener. Twenty-four of the freshman’s 31 pitches were called a strike. Conway added a walk, and a run scored at the plate.

“We decided to go with Conway, he looked good in the preseason,” Isabella head coach Dustin Green said.

After Conway’s three hitless innings, Mustang sophomore Tyler Mims took over on the mound and pitched equally as impressive. Mims threw two innings of scoreless, no hit baseball and allowed only one walk, the only base runner Notasulga had all game. Mims struck out six batters and threw 20 of his 32 pitches for a strike.

“We wanted to set the tone for the season by throwing those two guys,” Green said.

Only two balls were allowed into play by the duo; a pop out to the catcher and a ground out to first base. The rest of the outs were recorded via strikeout.

“Everyone was excited for opening day, there was a lot of energy and it felt good to be back out there,” Green said.