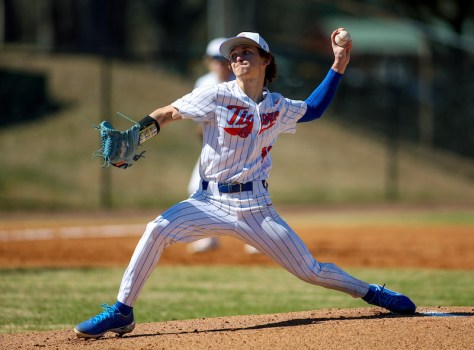 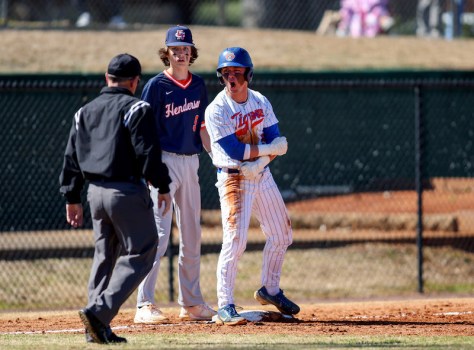 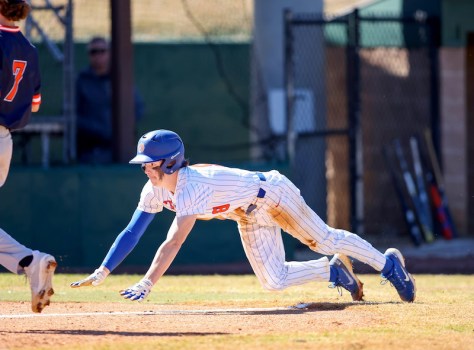 Cole Tignor slides into home on a Wild Pitch by the Trojans. (BRANDON SUMRALL | ADVERTISER) 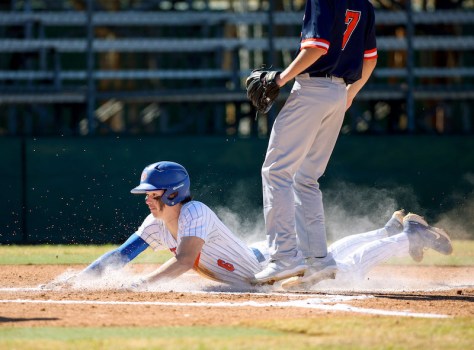 Cole Tignor slides into home on a Wild Pitch by the Trojans. (BRANDON SUMRALL | ADVERTISER)

The Chilton County High School varsity baseball team got the 2022 campaign started off on the right foot as the Tigers picked up a 9-2 victory over the visiting Charles Henderson Trojans on Feb. 19.

The Tigers called on Katon Elijah to handle the hurling to start the game and with a lead off walk issued to the Trojans, a bunt and a single by the Trojans gave Charles Henderson an early 1-0 lead.

The visitor’s lead was short lived, however, as the bottom half of the inning saw leadoff man Eian Headley start with a triple. An error off the bat of Cannon Miller scored Headley to tie the game at one, while a walk to Carter Emmerich gave CCHS two aboard with one out. Cole Tignor was the next to step to the plate, and with a deep fly ball to right being lost in the sun by the Trojans right fielder, Tignor legged out a triple while scoring both Elijah and Tignor to give CCHS a 3-1 lead. A wild pitch by the Trojans pitcher allowed Tignor to cross home plate to stretch the CCHS lead to 4-1 after one inning of play.

A pair of scoreless innings by both teams through the second and third gave way to the home half of the fourth inning where CCHS tacked on one more thanks to a leadoff double by Tre Fulmer. This set up a sacrifice fly by Headley that extended the Tiger lead to 5-1 as the game moved to the fifth.

With the Trojans going quietly through the fifth, Elijah got the bottom half of the inning started. A ground ball out to the right-side advanced Elijah, while setting up a RBI double by Aiden Bee that scored Elijah to make it 6-1. An error by the Trojans later scored Bee while sending the game to the top of the seventh with CCHS leading 7-1.

Charles Henderson got back on the board in the top of the sixth as a leadoff single set up a two out single to cut the lead to five, but the run was answered by two more from the Tigers during the home half of the inning. With Headley and Miller reaching after being hit by a pitch, a one out double by Leighton Coppedge scored Headley, and an infield ground ball by Elijah scored Miller to make the score 9-1.

With a pair of infield ground balls resulting in a pair of outs to start the seventh for the Trojans, a final punch out by Miller sealed a 9-1 victory in the season opener for the Tigers.

Elijah threw five innings for the Tigers while allowing one earned run on two hits with three walks and eight strikeouts. Fulmer led the Tigers at the plate with a two-for-three performance with a single and double while Tignor added a triple and two RBI’s.