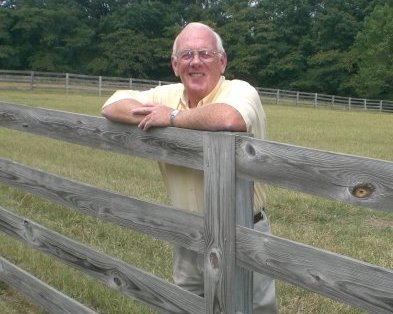 Chilton County lost a champion for youth on Feb. 9 when Marion Lanier “Red” Turnipseed died at the age of 73.

A memorial service will be held at Clanton First United Methodist Church on Feb. 26 at 11 a.m.

“He loved helping other people,” Linda Turnipseed, his wife of 40 years, said. “If you mentioned that you needed something, he was the guy who would come.”

Turnipseed was a Chilton County Juvenile Probation officer for approximately 37 years before retiring in 2012.

“He cared about helping kids who were in bad situations,” Linda Turnipseed said. “I have heard so many people say, ‘He turned my life around.’”

He was juvenile probation officer under four judges.

Rhonda Hardesty was one of them. She said he was “ingenious” in finding ways to help students have long-term positive changes.

He taught life skills classes for students in the evenings and recruited help in the establishment of a vegetable garden as a way for a group of students who had gotten in trouble to give back to the community, Hardesty said.

“He was just a really good person,” Bill Speaks, another judge that Red Turnipseed worked with, said. “He really tried to help kids in Chilton County.”

He said there were a lot of late nights on the job, but Red “would work all night, and he was always up every morning at 4:30 drinking coffee somewhere.”

Red Turnipseed was an integral part of establishing the C.I.T.Y. Youth Program of Chilton County.

Linda Turnipseed said those who established the program in the 1990s, not only provided organizational skills, but put in hours renovating the building to be used as well.

“I have heard from principals and vice principals around the county how helpful he was with students he had that would get in trouble,” she said. “He would come in there and work with those students.”

The C.I.T.Y. Youth Program became the SPAN Program and still helps students who are behind catch up to grade level or get their GED.

“What stood out to me about Red was that he was just the most genuine person.  What you saw is what you got,” Amanda Hick of SPAN said. “He didn’t sugar coat anything, but he cared about the juveniles he worked with. He was honest with them and helped them as much as he could. They respected him because he just gave it to them straight. Red could say things in a way that no one else could … Red was always willing to help our program any way he could.”

Hicks said he had a wealth of knowledge about the juvenile justice system and the laws.

“If you ever had a question about anything, you could just call him,” she said.

The program has served more than 1,000 students since its inception.

Linda Turnipseed said he also had a good sense of humor, and he “never met a stranger.”