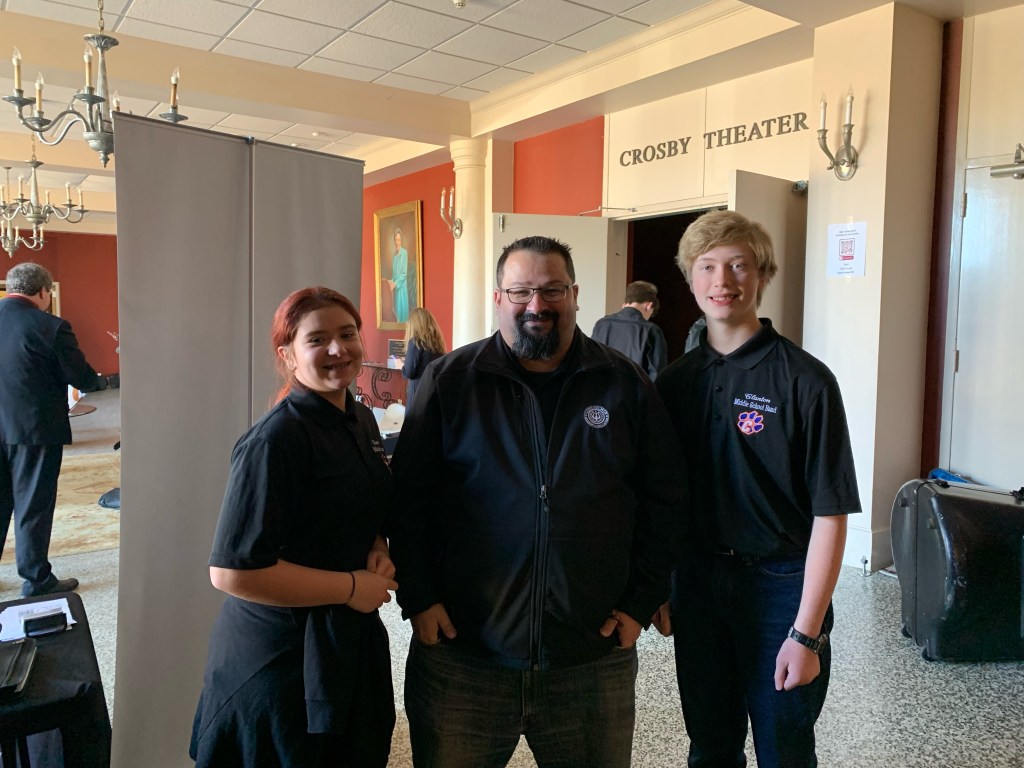 Two Clanton Middle School students had the opportunity to take their music skill to the next level by participating in the Southeastern United States Honor Band.

Popwell was chosen for first chair euphonium. (An instrument resembling a smaller tuba.) Dailey was second chair tuba. These positions were determined by the student’s audition.

“I just wanted to do something new,” Dailey said of applying to the program.

Popwell said the event sounded like fun after his sister had participated.

“We had a good time,” Popwell said. “We actually got to practice and play with people who really wanted to play.”

Dailey said it was fun to play with a large group of students that “sounded amazing.”

Students learned four songs during the event and participated in a performance on the last day.

Popwell and Dailey said the favorite song they worked on was “Shakespeare meets Godzilla” by Robert Buckley.

“It goes from classical to creepy, like something bad is about to happen and goes back and forth,” Dailey said.

The Southeastern United States Honor Band includes students from several southeastern states. Students apply to the program, including a recommendation from their band director and an audition.

During the audition, students are required to play scales and to sight read a new piece of music.

Clark said the “best of the best” are chosen to participate.

“It is just an opportunity for a student to go and play and experience what it is like to play with a different ensemble, and those things are super important to the growth of a future performer,” Clark said.

He said it was the first time either student had participated in an honor band, and “they both did really, really well.”

Their participation has increased the interest of other CMS students to apply to participate in honor band events.