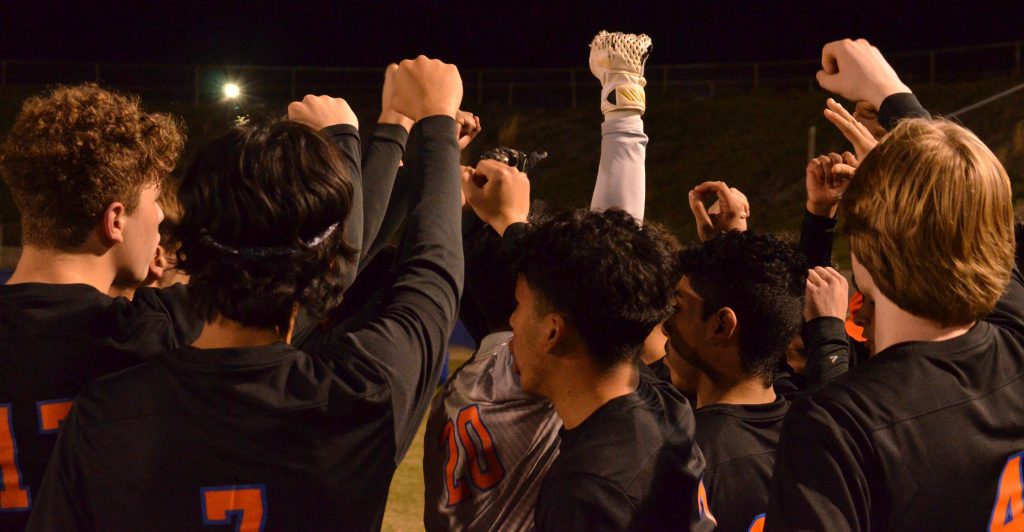 The Chilton County High School boys’ soccer team dropped its home opener on Tuesday night 4-1 to visiting Holtville. The Bulldogs were lifted by a brace from Luc Cyr. The inexperience of 14 10th graders on the roster caught up with the Tigers quickly under the floodlights of Tiger Stadium.

“I think their speed and physicality caught us off guard a bit early on,” Chilton County head coach Brandon Gurganus said. “I thought through the second half of the first half and much of the end of the game we played well.”

Holtville opened the scoring quickly with Colt Wesson converting in the seventh minute to go up 1-0.

The Tigers (1-3) fought back holding a good portion of the possession the next 10 minutes. However, Holtville (2-0-2) doubled its lead after a Chilton County turnover in their own half and Cyr converted from the center of the box. Cyr hit another belter that was too strong for the Chilton County goalie to handle and squeaked by inside the right post.

“We just have to time our runs better and communicate more to play better as a team,” Gurganus said. “The effort was there, we just need to execute better.”

The Tigers first true chance came from Ramses Salgado as he put a golden opportunity just over the crossbar in the 36th minute. Salgado redeemed himself on his next opportunity to convert right outside the six-yard box to pull the Tigers back 3-1 just before halftime.

The second half was a cagey affair between the two squads with very few scoring opportunities. Chilton’s Alexander Morales had the best chance for the Tigers in the second half but pulled his shot just a few feet wide of the left post. Holtville’s Timo Helreich riffled in the final goal for the visitors to bring the final tally to 4-1.

Chilton County will have a quick turnaround hosting Wetumpka at 7:30 p.m. on Feb. 16.

“We want to see the same energy tomorrow we had tonight,” Gurganus said. “If we play our positions better, work on our first touches and the basics, I think we can be a really solid team.”