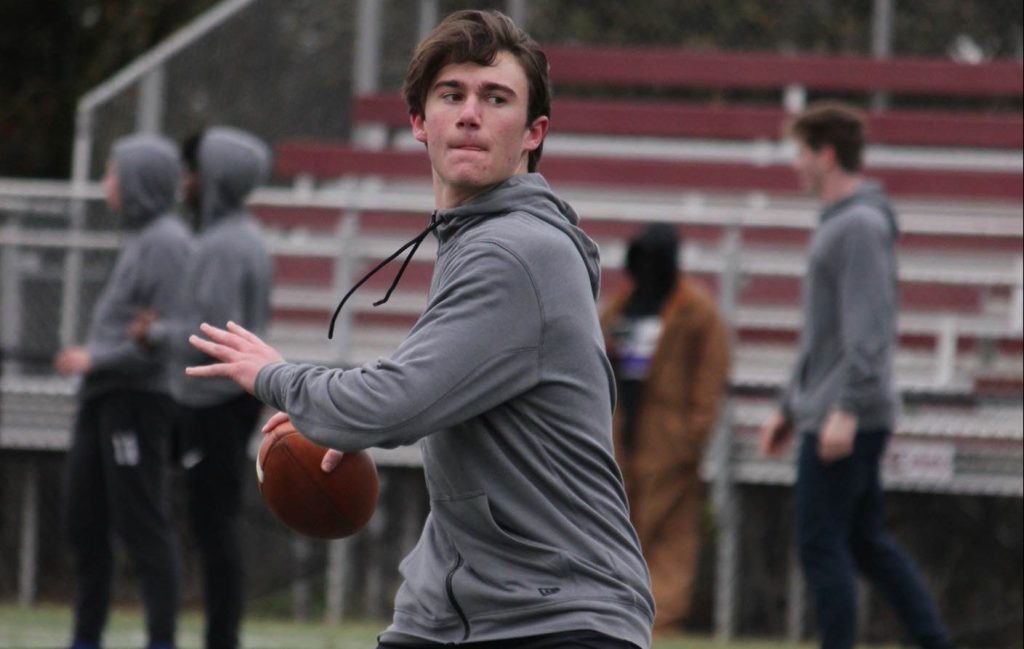 Thorsby High School football is the youngest team in Chilton County and one of the youngest in the state of Alabama. Freshman quarterback Grayson McManus is among the talented lowerclassmen that the Rebels will need to lean on this upcoming season. He has taken the initiative to lead and took a big step in that journey on Feb. 3.

McManus traveled to Mobile to participate in the third annual Draft Prep Experience and Competition put on by the widely popular Quarterback Country training company. The camp is partnered with the Reece’s Senior Bowl for college seniors where players get one last shot at improvement before their college pro day and the NFL draft. McManus is a member of QB Country and frequently trains with the staff in Birmingham.

“We had a really good time,” McManus said. “I met some new friends, and overall it was a great experience.”

The camp began on Feb. 3 with the practice viewing cancelled due to weather, but McManus and his peers were able to get a training session in that evening. There McManus received help from senior bowl players and coaches to critique his throwing form and perfect certain quarterback fundamentals. He also picked up tips from the older quarterbacks on how to manipulate his arm to make certain types of throws in games.

Friday began with meeting the NFL and senior bowl quarterbacks in the morning and then it was right back to the field for more instruction. Athletes from 28 different states were represented during the weekend and five states alone were present in McManus’ class of 2025 group.

Feb 4 also gave the NFL quarterbacks in attendance a chance to teach the young quarterbacks lessons on how to lead.

“It was a really good experience having people to fix my throw and helping me read defenses better,” McManus said. “I got taught on leadership and how to get closer to God through football and how to lead my team with God.”

Thorsby head coach Daryl Davis traveled down on Feb. 5 for the final day of the camp to watch McManus in the most intense competition portion of the weekend.

Davis was pleased by what he saw out of his young quarterback but was impressed with McManus’ drive more than anything.

“Anytime you have an athlete doing things on their own to get better, you love to see that,” Davis said. “I like the motivation it gives them when they get to these camps. It seems to motivate players to want to get better and get those fundamentals perfect.”

McManus is a three-sport athlete and just finished up basketball season and will now move into baseball season with the Rebels. Following baseball, the soon-to-be sophomore will jump back into football mode for the 2022 season.

“I thought it was important for him to go to that camp to work in some football things between basketball and baseball,” Davis said.

McManus is already looking forward to the summer and attending another QB Country camp in hopes to keep improving his game to lead the young Thorsby Rebels in 2022.

“This camp taught me a lot,” McManus said. “I look forward to using these new skills I learned to lead our team to wins and a winning season.”