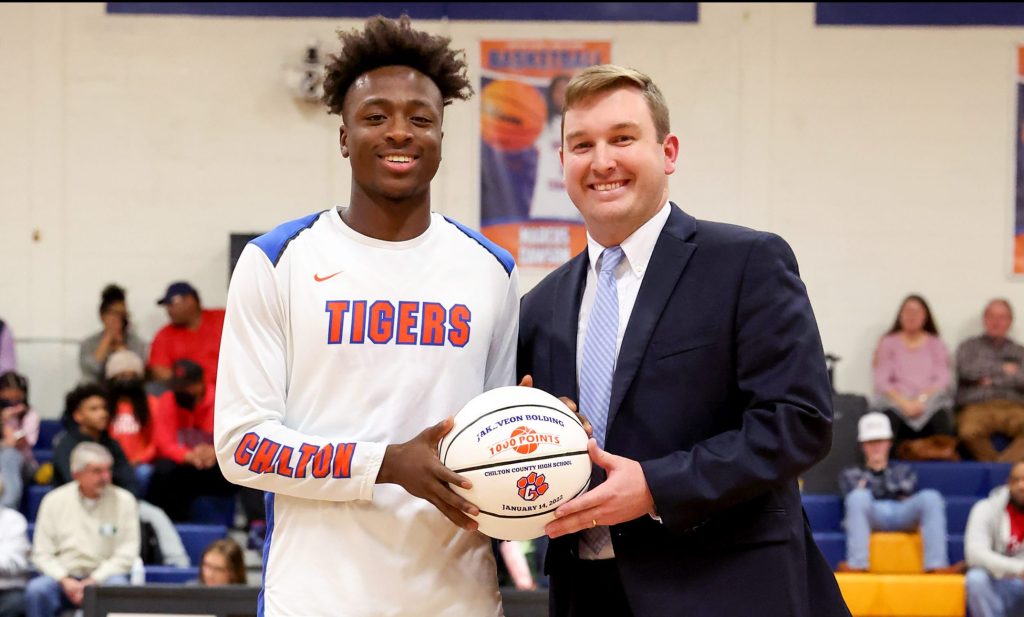 Chilton County High School’s Jakeveon Bolding’s name on twitter is “Jakeveon Showtime Bolding.” After the last two months Bolding has had, it’s hard to argue with the junior’s nickname.

The 6-foot-1-inch tall, Bolding is a multiple sport athlete who has excelled on both the basketball court and the football field in his high school career. Bolding broke into the Chilton County High School sports scene as a freshman when he was brought up to the varsity basketball squad and averaged eight points per game his first year. Since then, Bolding has raised his averages by more than five points, earned a football scholarship and many college visits and recently passed the 1000-point threshold in his high school basketball career.

“My coach and teammates just believed in me from day one,” Bolding said. “It wouldn’t be possible without them.”

Bolding crossed over into four digits in career scoring against Calera on Jan. 14 with a three-point basket. Although in that game Bolding had just six points, his season averages this year have him at almost a walking double-double averaging 13 points and just under 10 rebounds a game.

“He’s a leader and a guy that we really turn to get the team going,” CCHS head coach Austin Moncus said. “We have a lot of talented kids, but we will go as far as he can go.”

Bolding has helped elevate not only his level of play, but the entire program as a whole by showing up to every Sunday training session and leading by example.

When the Tigers hit a midseason skid in January and dropped three straight games, Moncus had to reel the team back in. With many of his players being dual sport athletes and playing football as well, he explained to the team that basketball and football are completely different. Losing games in basketball are easily made up with, more than likely, a game later in the same week. Jakeveon was instrumental in relaying the message to the team to not point fingers and when things go wrong, it makes the team stronger.

“That’s been our culture since day one is to win,” Moncus said. “Win every game, win every drill at practice, win in the classroom and win in general, and Jakeveon does a good job at showing that.”

Bolding has had the opportunity to grow up playing both basketball and football with the same teammates that are on the Tigers squad this season and that led to an impressive 20-7 regular season record this year.

“We have been playing ball together for a while,” Bolding said. “It’s almost easy now to play with each other since we have been doing it our whole lives.”

On the football field, Bolding has impressed college scouts at cornerback. He earned his first college offer from Coastal Carolina University in South Carolina in December and has been labeled one of the cornerbacks to watch in the state of Alabama for the 2022 football season. To pair with the success of the basketball team, Chilton County High School is growing in prominence on the college recruiting scene in Alabama.

Bolding and the Tigers continue their season this weekend in Pelham at the 6A Area 6 area tournament and will move into the 6A state playoffs after.