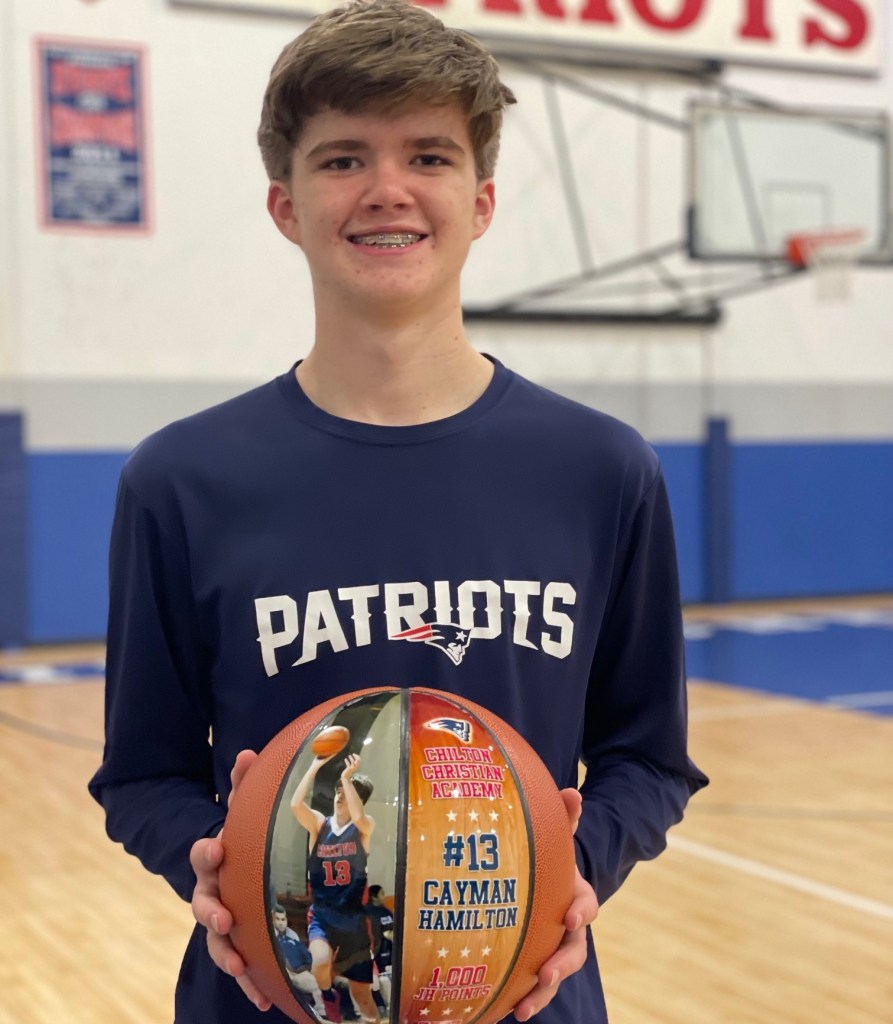 “It was great that I was able to do it at home in front of our fans,” said Hamilton.

The eighth grader has averaged 30 points and 10 rebounds per game for the Patriots this season and has led the Patriots to a second place finish in the ACAA Southern Conference.  The CCA JV boys basketball team will host a home playoff game against Pineview Christian on Friday, Feb. 11 at 5 pm.