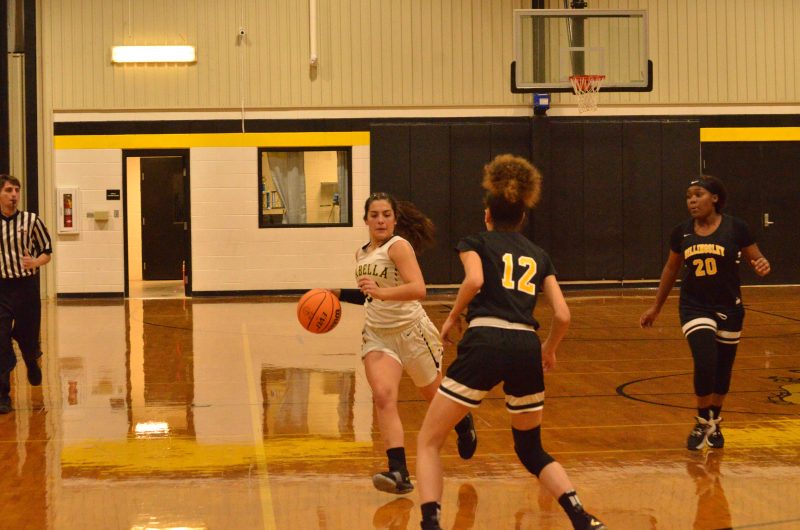 It was a busy first day in area tournament play for Chilton County schools with five squads in action on Feb. 7 with one team advancing to the area championship game.

The Isabella High School varsity girls team outlasted Greene County High School 50-47 to advance to the 2A Area 6 championship game against Marion on Thursday. The Mustangs were led by Amelia Fjeldstad with 17 points and Deasia Wilson with 13 points.

After overcoming an early 15-4 deficit, Isabella crawled back and took the lead with three minutes left in the game to hold on for the win at Francis Marion High School in Marion.

“We had a tough time getting shots to fall in the first half,” Isabella head coach Jared Day said. “We turned up the pressure on defense and forced a few turnovers, just kept plugging away.”

Isabella beat a team in Greene County, which it had lost both regular-season meetings to. The Mustangs will have to duplicate that feat in the title game on Thursday against Marion if Isabella is to be crowned area champions.

“They’re a really talented and athletic team, and they beat us both times this year but we can build off the second game,” Day said. “We’ll have to slow the game down some and protect the ball and we should have a chance to beat them.”

In the other 2A Area 6 semifinal on Monday, Thorsby High School dropped its opening-round matchup to Marion 57-27.

The No. 3 seed in the 5A Area 6 varsity girls tournament, the Jemison High School Panthers dropped its opening-round matchup to Marbury 59-26 at Elmore County High School in Eclectic.

The only varsity boys program in action on Monday was Billingsley High School which won its first-round game over Ellwood Christan 79-65 at Autaugaville High School to advance to the 1A Area 7 semifinals.

Tuesday will feature five area varsity boys and three varsity girls programs in action across Central Alabama including the No. 2 seed in the 6A Area 6 boys tournament the Chilton County High School Tigers.