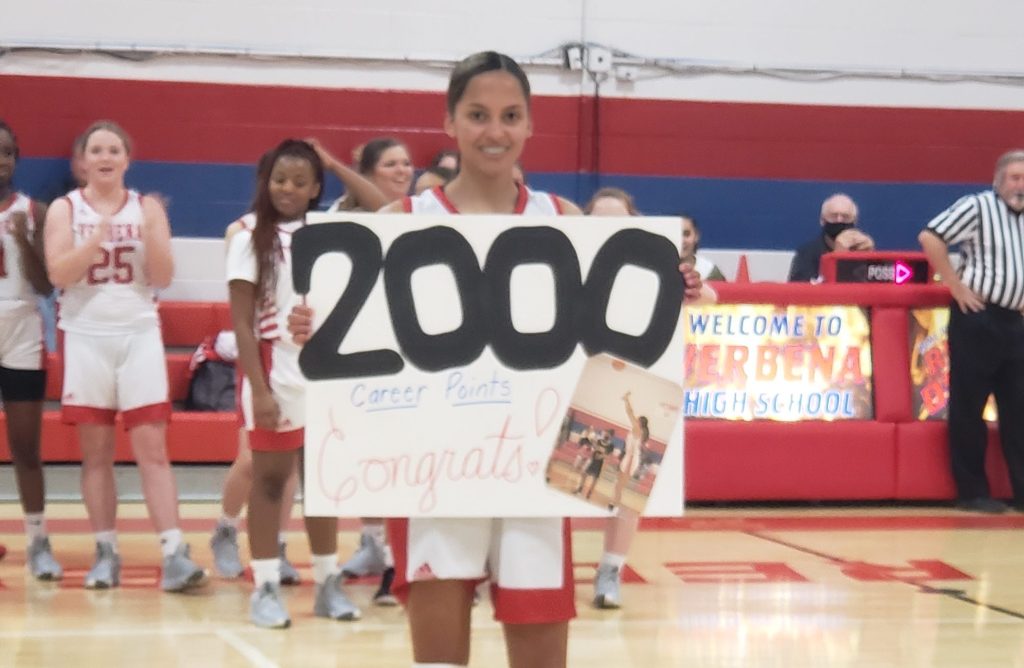 It was something her cousin remembers Jasmyn White saying she would accomplish way back in middle school — reach 2,000 career points in basketball.

Her declaration became reality during this season on senior night at Verbena High School when White scored her 2,000th varsity career point during the first quarter.

The high school senior described it as “one of the best moments.”

White totaled 48 points during the game.

“She hit 1,000 last year … about three games in, and the way she averages scoring I knew she would make it (2,000),” Varsity girls coach David Sneed said. “She is averaging more than 30 a game right now.”

Her speed is what makes her stand out, he said.

“It’s really exciting” to see her “progress as an individual player and become probably one of the best scorers to ever come through this school,” Sneed said.

White has been playing basketball at VHS since seventh grade and began playing on the varsity team in eighth grade.

However, her love of the game goes back even further. She started enjoying the sport at 9 or 10 years old.

“When I was younger, I always wanted to go outside and play with a basketball that was my favorite thing to do,” White said, remembering how she would practice dribbling in the driveway. “It has just always been something I loved.”

White said having “the right people on the floor makes it enjoyable.”

Her plans for life after high school are still in the works.