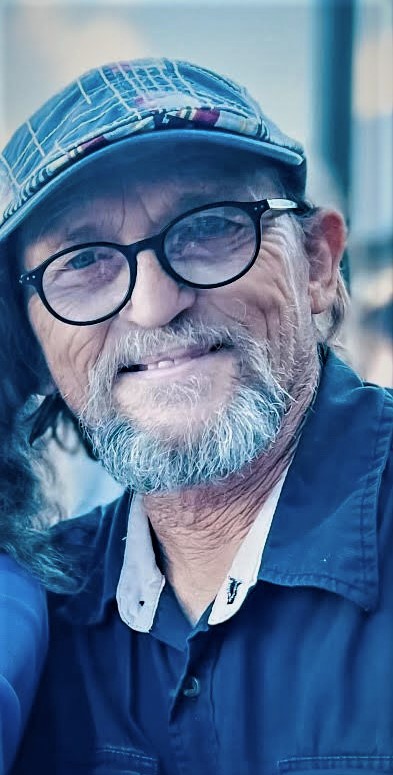 Russell Coleman Crouthers (Rusty), age 67, of Randolph, passed away on Thursday, Jan. 20, 2022 after a sudden illness in Alabaster.
Rusty was born on July 10, 1954 in Pensacola, Florida to the late Thelma Helms Crouthers and David Crouthers. A man of innumerable interests and talents, his primary passions were collecting and restoring. He devoted his entire career to historical preservation and viewed his work as that of an “architectural archeologist.” For many years, he had the opportunity to work at Tannehill Historical Ironworks and Brierfield Historical Ironworks State Parks and restoring many cabins, houses, and other important and interesting historical pieces for the museum. He was a master craftsman: the fruits of his labor and love brought joy to not only his patrons, but all those so blessed to experience his artwork. His works live on, and will continue blessing future generations.
Creativity, passion, and love were his gifts to the world. He loved his family and friends fiercely, and brought levity and laughter to all who knew him.
Preceded in death by his mother, Thelma Helms Crouthers.
Survived by his wife, Kathryn Trobaugh Crouthers; father, David Crouthers; sister, Glenda Jean (Peter) Wilkerson; brothers, David S. (Susan) Crouthers, Edward D. Crouthers and Andrew K. Crouthers; daughter, Danielle (Justin) Farrior; sons, Adam Crouthers and John Caleb (Amanda) Dean; and three precious grandchildren, London, Hudson Farrior and Lily Grace Dean.
A memorial service will be announced at a later time.
In lieu of flowers, the family request donations are made to:
Butterfly Bridge CAC
Post Office Box 588
Clanton, Alabama 35046-0588
Martin Funeral Home directing.
You may leave online condolences for the family on the guest registry at www.martinfuneralhomeinc.com.