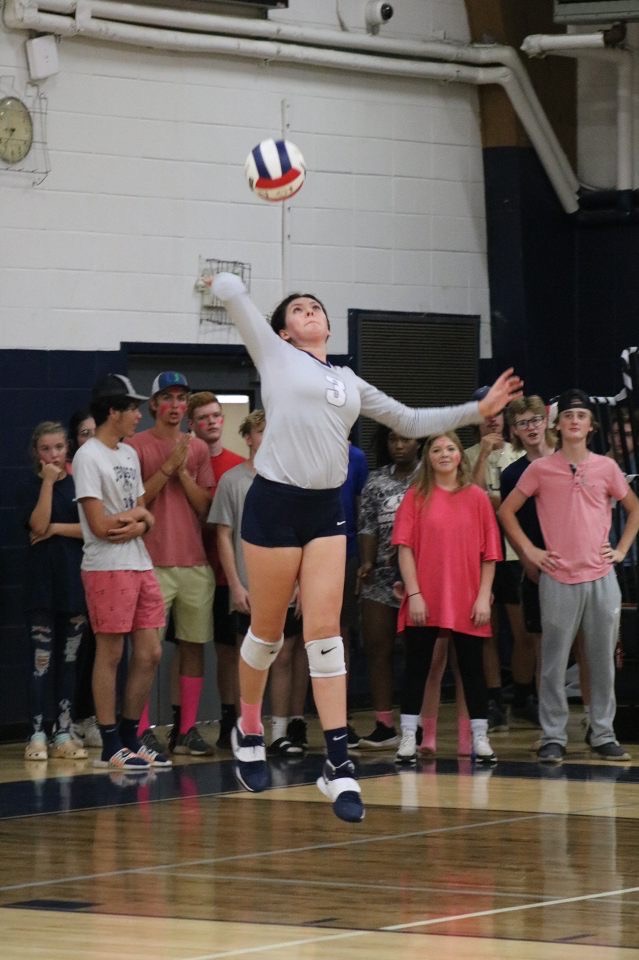 Jaclyn Lowery is The Clanton Advertiser’s volleyball player of the year. (JHS | CONTRIBUTED)

Jaclyn Lowery has been chosen as The Clanton Advertiser’s volleyball player of the year.

Lowery, an outside hitter on the team, was one of the leaders that helped push them to an undefeated regular 2021 season. The team remained undefeated in the county volleyball tournament where Lowery was named the MVP.

The team competed well in the area tournament and was “one game away from making it to Sweet 16,” Baswell said.

In one game against Marbury this season, Lowery had 21 kills and 9 aces.

She has played on the varsity team since she was a sophomore.

“She is very dedicated to the program,” coach Melissa Baswell said. “… She is very coachable, willing to do whatever she needs to for the team.”

Lowery hopes to play volleyball at the collegiate level after graduation.

Team preparation for the season began this summer by attending various camps.

Each student set goals for the season, and Baswell worked with them on how to achieve them.

Baswell said Lowery is a student who knows what she wants to achieve and is working to accomplish it no matter the obstacles.

Lowery’s goal for the season included increasing her hitting percentage and her number of aces.

She became one of the players that the team could depend on when they needed a few more points to win the game.