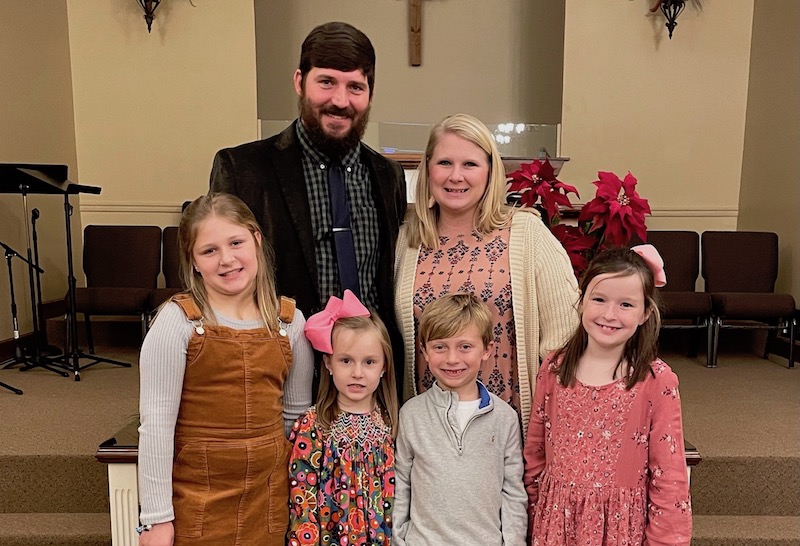 James Majerik has stepped into the position of pastor at Verbena Baptist Church.

Previously, he served as pastor of Wayside Baptist in Rockford for two years.

“Verbena is a church that you can tell loves the Lord,” Majerik said. “My main goal is to make Jesus Christ known, for the church to grow in knowing Jesus Christ and for the community of Verbena to come to know Christ.”

Majerik said the committee at Verbena Baptist that was looking for a new pastor had heard about him from someone who met Majerik through his son’s baseball team.

The committee went to Wayside and asked if he would come to Verbena to preach for some Sunday night services, since Wayside did not have a service then.

Later, the church voted and selected him as their new pastor.

His first Sunday at the church was Dec. 26.

Majerik said he prayed a lot about the Verbena position before accepting it.

“There are a lot of times where I will think I am going one way, but the Lord, if he has a plan for something, He is real quick to change my plan or to change the direction I am going,” Majerik said.

But, it was more of a process with this decision.

Majerik said God gave him reassurances that this was the next move He wanted him to take.

Majerik’s first experience with leading a group at church was teaching an adult Sunday School class at Holtville Riverside Baptist. Later, he became a deacon at the church.

When the pastor, Corey Dennis, gave an opportunity for those in the congregation to give a 10 minute sermon, Majerik participated.

“I developed a huge love for the Bible and studying the Bible,” Majerik said. “I just felt the Lord calling me towards … the ministry of preaching.”

Majerik has been married to his wife Cierra for 13 years. The couple has four children.