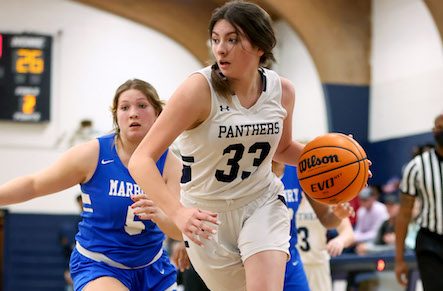 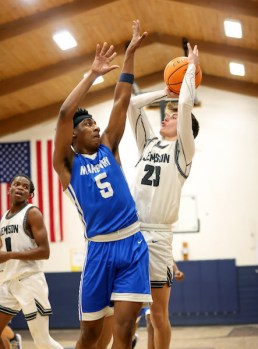 The Marbury Bulldogs invaded Jemison High School on Jan. 27 and escaped with a pair of victories over the Panthers as the Bulldogs Varsity girls knocked off the Panthers 53-45 while the Marbury varsity boys won 66-31

Varsity girls action got off to a fast start as a three from Addyson Jarman and a basket from Dalyce Sanders put the Bulldogs up early, 5-0. Haileigh Greer and Jaclyn Lowery answered for the Panthers to pull Jemison to within one, but a quick pair of baskets by Marbury put the Bulldogs back up by five. Lowery and Greet again combined to cut the lead to one. However, a pair of late baskets by Marbury brought the first to a close with the Bulldogs leading by five, 15-10.

A three from Lowery along with a basket from Bella Gilliland to start the second made it a 15-all game while another from Lowery gave Jemison their first lead of the night. The Panthers would hold a two-point advantage late into the period where a free throw from Justice Blackmon along with a three from Gabrielle Brown put Marbury in front by two. With just seconds to play in the first half, a basket from Greer at the buzzer brought the first half to a close and sent the Panthers to the halftime break tied at 21.

The third period saw the action pick up a notch as Ava Rhodes sunk a basket early in the period to kick off a 9-0 run for Marbury. Greer brought an end to the run while another basket from Jemison cut the lead to six. With a pair of baskets by Brown late in the period, Marbury took a 10-point, 41-31, lead to the final period of play.

A three from Lowery to start the fourth pulled Jemison to within seven, but a quick answer from the Bulldogs again made it a 10-point game. Greer and Gilliland combined to cut the lead to five late in the period, but that was the closest the Panthers got as Marbury held on for a 53-45 win over Jemison

Varsity Boys action would be a much different affair as a slow start by both teams gave way to a big first period by the visiting Bulldogs as a basket by Matthew Johnson kicked off a 13-0 Marbury run. Harrison Hilyer eventually put an end to the run, but not before the Bulldogs ended the first with a 15-7 lead.

The second period of play saw the Bulldogs pull further away as an early two by Azeer Hicks kicked off another big run for Marbury, this time of 14 straight unanswered points to take a commanding 29-7 lead. Tucker Bean brought an end to this run by Marbury, but with Jemison unable to cut into the Bulldog lead, Marbury took a 38-14 lead to the halftime break.

Hilyer led Jemison with 12 points, five rebounds and four steals while Grayson Cannon led the Bulldogs with 17 points, two rebounds and a steal. 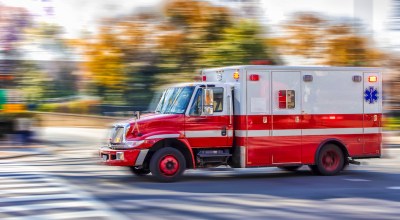