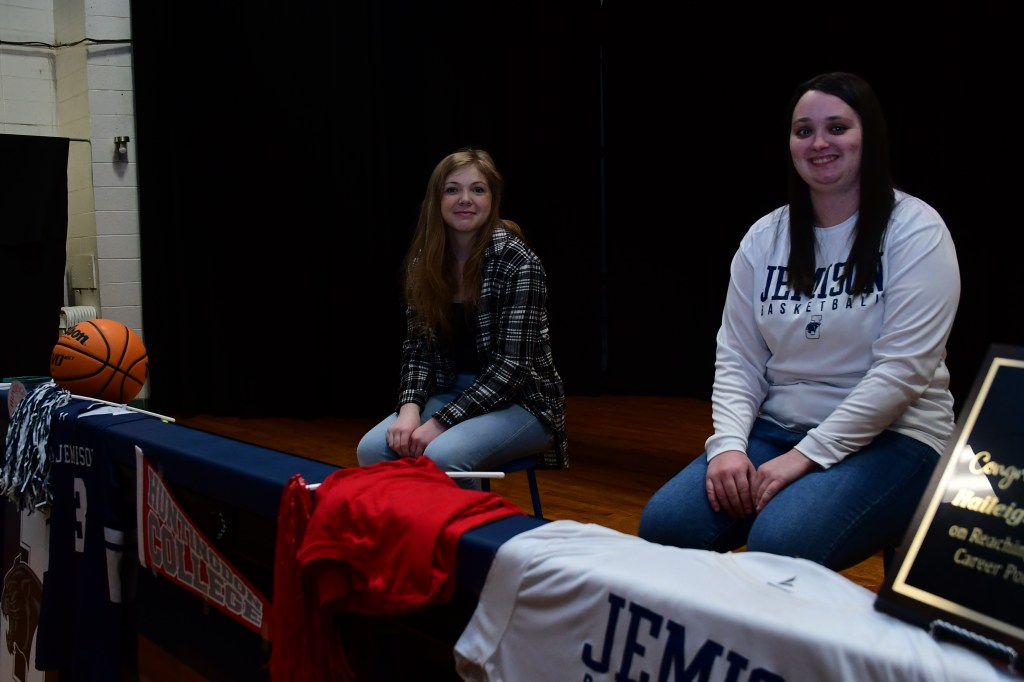 Haileigh Greer solidified her future plans by signing to play basketball with Huntingdon College on Jan. 25.

“I have always wanted to play (at) college, since I was little,” Greer said.

She said she likes the size of Huntingdon.

“They came here and when they started talking about everything I looked into more,” Greer said.

Varsity girls coach Kelsey Mims said Greer is the first Jemison High School girls basketball player to sign to play basketball on the collegiate level “in quite some time.”

Greer has been playing on the varsity team since eighth grade.

“She has always been the first one to text me, ‘Hey, can you open the gym? … Can I come early and shoot,’” Mims said. “… She is willing to put in work and that is why she was the first one I know of in a really long time to get 1,000 points.”

Greer was honored for reaching 1,000 points during the school’s basketball senior night.

During the signing, Mims highlighted how Greer’s hard work has paid off.

“Freshman year, she was only averaging about seven points a game,” Mims said. “… She made a big jump as a junior last year to over 16 points a game.”

She scored 50 points in a recent game, just two shy of a state record.

“Every one of my coaches have pushed me to be better,” Greer said

Mims said Greer worked to get her information out to college coaches.

“She is someone that our program is going to miss,” Greer said.

Greer wants to complete her core subject classes at Huntingdon before transferring and completing her studies to become a nurse.