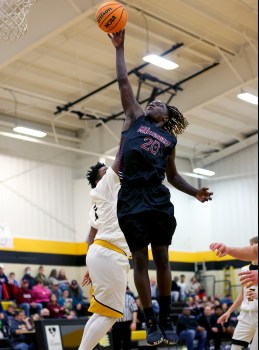 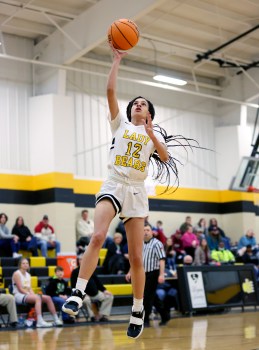 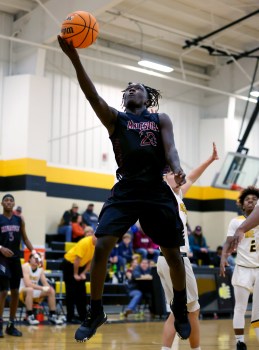 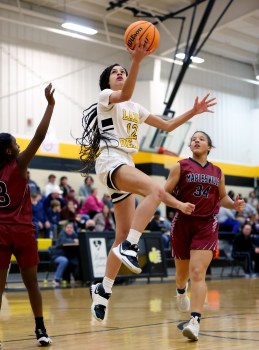 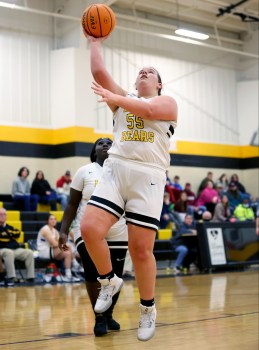 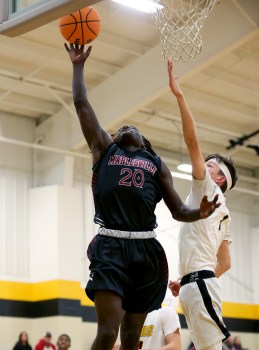 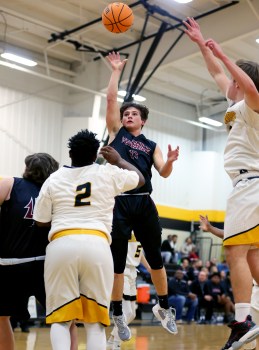 A Jan. 21 hardwoods matchup between area teams resulted in a draw as the Maplesville Red Devils took to the road to take on the Billingsley Bears with the Lady Red Devils falling to the Bears 38-32 while the Maplesville varsity boys picked up a 49-46.

A three from Breanna Culter along with a basket from Lisa Smedley gave the Bears an early lead to start varsity girls action, but a pair of baskets from Jaden McGee and Takeira Bailey quickly cut the Billingsley lead to one. Kamylia Talley gave Maplesville their first lead of the game while a basket from Jeniah Stabler made it a 8-5 Red Devil lead after one.

Bailey and Avery Jones extended the lead to seven early in the second.

But with a three from Caydin Green along with a basket from Tamoria Jackson for Billingsley, the Bears had cut the lead to two at the half for 14-12.

A basket from Amber Johnson early in the fourth gave the Bears their first lead since early in the game while a pair of free throws from Tamoria Jackson pushed Billingsley out in front by three. Baskets from Jaden McGee and Bailey turned the lead in favor of the Red Devils while a pair of free throws from Smedley made it a 30-all game. The game progressed to a 32- all tie before a 6-0 run by the Bears sealed a 38-32 victory by Billingsley.

Varsity boys action got underway with a pair of baskets from Jakavion Jackson and Adolphus Harris Jr. to give Maplesville a four-point lead. A pair of baskets from Matthew Shanholtzer for Billingsley would tie the game at four but it would be a late basket from Colby Green that would give the Bears a 9-6 lead after one period of play.

A three from Manning to start the second made it a five-point Billingsley lead while a basket later from Adolphus Harris started a 9-0 Maplesville run that put the Red Devils out in front by six. Back-to-back threes from Johnathon Wilson and Colby Green cut the Maplesville lead to one late in the third as the Red Devils took a 37-36 lead to the final period of play.

A three from Green to start the fourth gave Billingsley a one-point lead and would begin a one-point, back-and-forth battle late into the final period of play. A pair of baskets from Blackmon put Maplesville up five with 2:37 to play, while Manning would cut the lead to three. Another basket from Manning with 1:08 to play cut the lead to one but a pair of free throws by Wilson with just 13 seconds remaining brought the game to its final score of 49-46.

Blackmon led the Red Devils with 15 points, 8 rebounds, three steals, while Green led the Bears with 14 points and five rebounds.