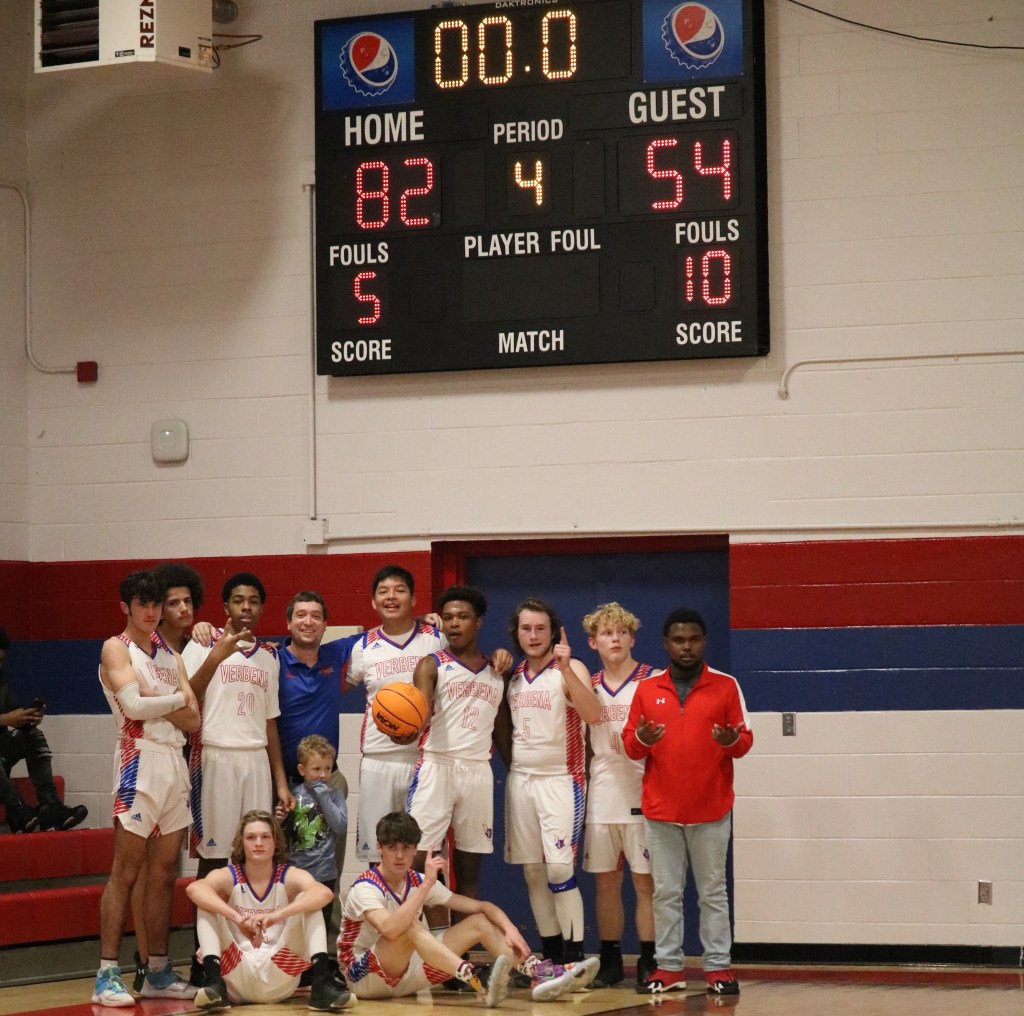 The Verbena Varsity girls basketball started fast right out the gate and never slowed down against Ellwood Christian on Jan. 13. Leading 33-12 at half, they never allowed the game to be close and would eventually go on to win 63-19. Jasmyn White again showed how talented she is scoring 40 points. This is her 5th game this season scoring 40 or more points and is averaging 35 points a game this season. The Lady Devils are currently in second in the five team area standings.

The Verbena Varsity boys was a back and forth game for the entire first half with the score tied 34-34 at the half. In the second half, Verbena started to pull away thanks to an increased defensive effort holding Ellwood to just 20 points in the second half, and the Red Devils would go on to win 82-54. Senior Point Guard James Smitherman led the team with 30 points while DJ Jackson recorded a double double with 25 point and 15 rebounds. Three players scored in double figures including Jarrod Quinn with 11 points. The area win now moves Verbena into third place in the five team area standings.