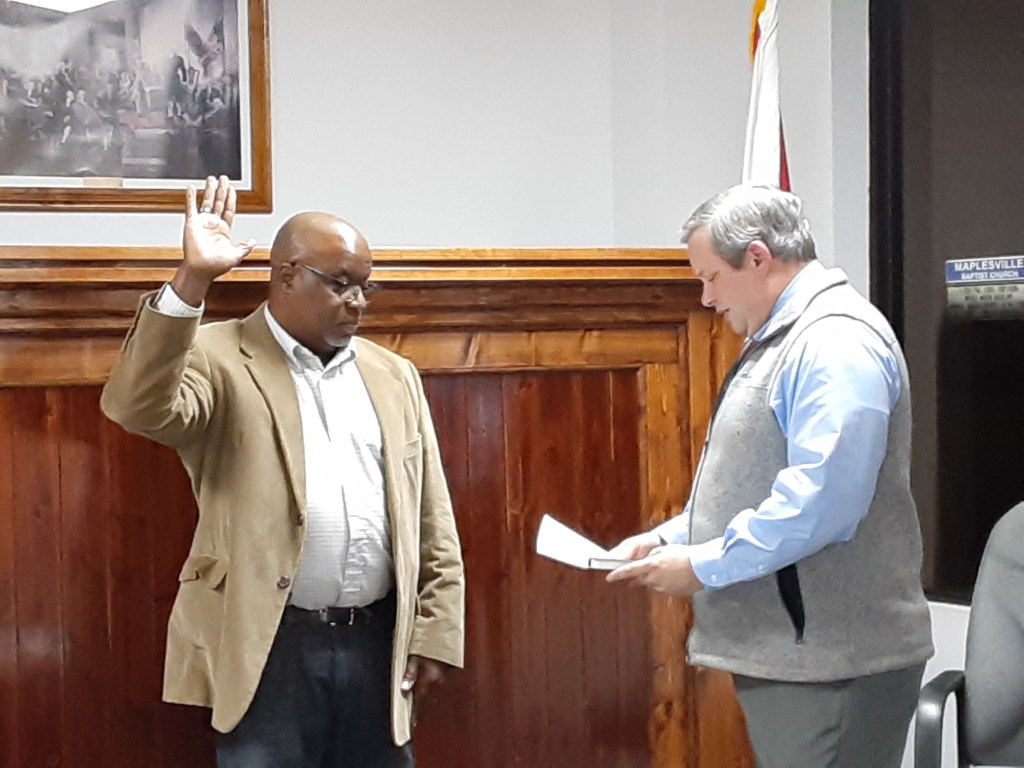 Ray Charles Mitchell will fill the unexpired term of the late Richard Davis who died in November. (JOYANNA LOVE/ ADVERTISER)

The Maplesville City Council appointed Ray Charles Mitchell to serve the remainder of Richard Davis’s term during a voting session on Jan. 17.

Mitchell had served on the board for 15 years previously, but stepped down from the council seat in order to run for mayor in 2008.

He was sworn in to the District 4 seat during the meeting in order to meet the Jan. 20 deadline for filling the position.

“I am excited about serving in this seat again,” Mitchell said.

Maplesville resident Ed Hale had also addressed the council with his interest in the open position at the meeting.

Council members also appointed James Smitherman to fill the unexpired term of Wesley Hicks on the Maplesville Utility Board.

During the meeting, the Maplesville Utility Board asked the council for funding to upgrade water and gas meters to a digital model. These new meters would allow the water usage to be checked without an employee looking at each individual meter. The board has applied for a grant, but asked that if it is not awarded, the council use some of its American Rescue Plan funding to make the upgrade. Many of the meters are also old, and the accuracy of some has been questioned.

Mayor W.C. Hayes said whether this was something the funds were allowed to be used for would need to be researched. The town anticipates receiving $88,000 from the fund this year.

Hayes said if the funds could be used for this, then the town would help toward the project.

Police Chief Robbie Autery said he would give the water department the contact information for the grant writer that he has been working with for the police department grants.

Maplesville Town Hall will be locked until Feb. 14 due to an increase of COVID-19 cases. Those needing assistance will be able to knock on the door to be let in by an employee.  The next Maplesville Town Council meeting will be Feb. 14 at 6 p.m.