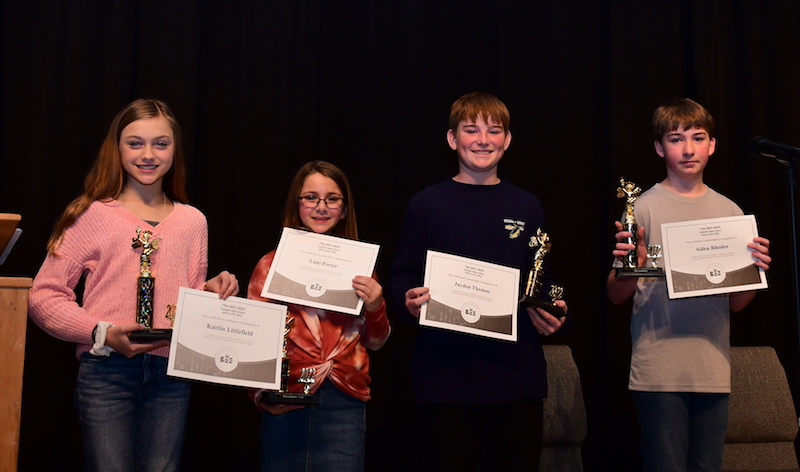 Kaitlin Littlefield and Aiden Rhodes were the top spellers in their divisions at Isabella’s school-level bee on Jan. 7.

Aiden correctly spelled “exception” for the win. He has participated in the bee every year since fourth grade.

In 2019, Aiden came in second to his sister Madison. He said Madison competing in the bee is why he wanted to participate.

To prepare for this year, Aiden said he “studied a lot with my mom and dad.” He plans to continue this in preparation for the county level competition.

While she was unsure how she would do this year, Kaitlin had won her division in 2019 as well.

She correctly spelled “reduce” for the win. Kaitlin said “it feels good” to win again.

Kaitlin said she studied for the competition by writing out the words on the lists provided and studying with her mom.

The elementary bee started with the seven winners of the class-level bees.

Lani Porter was the runner-up.

“I was nervous,” Lani said, commenting that she knew she would do well as long as she was not the first person to get a word wrong.

She said she has always found spelling to be fun.

The county-level bee will be held in February.