Highlights from the County Basketball tournament 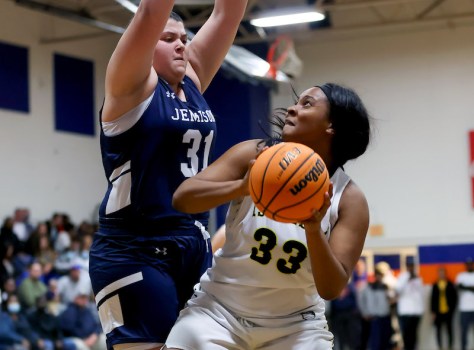 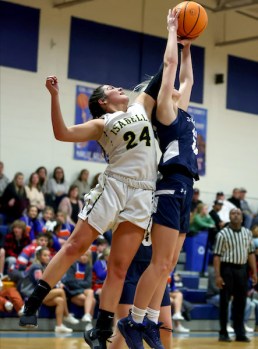 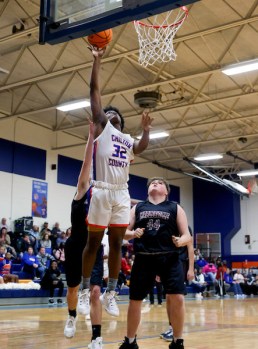 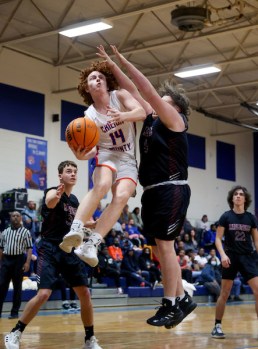 Chilton County's Carson Farris drives to the basket for a layup.

The 2021 edition of the Chilton County Basketball tournament got underway on Jan. 3 from the campus of Chilton County High School with the championship round slated for this Saturday with tip off set for 2 p.m.

Monday night’s action saw Maplesville pick up a pair of victories with the Red Devils B-Team and Varsity Boys each picking up victories over Isabella while the Jemison Panthers varsity girls knocked off Thorsby to advance to round number two.

Tuesday evening saw the Thorsby Rebels B-Team punch their ticket to the Championship game with a victory over the Jemison Panthers while a 48-15 win by the Verbena varsity girls over Maplesville saw Verbena advance. The nightcap saw a big 75–57 victory by Jemison over Verbena with Jemison advancing to a Friday night semi-final matchup with Thorsby.

After a Wednesday break in action, the tournament would resume on Thursday night as the CCHS B-Team punched their ticket to the championship game with a 59-25 win over the Maplesville Red Devils. Varsity girls action pitted the Isabella Mustangs and Jemison Panthers in a matchup that was undecided into the final period of play where Isabella came from behind to pick up a 54-44 victory over the Panthers. The evening’s varsity boys matchup saw the CCHS Tigers rout the Maplesville Red Devils 82-32.

Friday night’s action will begin at 4:30 p.m. with the B-Team championship game between Thorsby and Chilton County. The varsity girls will follow with a semifinal matchup between the CCHS Tigers and Verbena Red Devils with the Jemison Panthers and Thorsby Rebels rounding out the night with varsity boys action.

Saturday’s championship games will begin at 2 p.m. with the Isabella Mustangs varsity girls awaiting the winner of Chilton County and Verbena. The CCHS varsity boys await the winner of the Jemison Panthers and Thorsby Rebels matchup.