Ringing the New Year in with luck 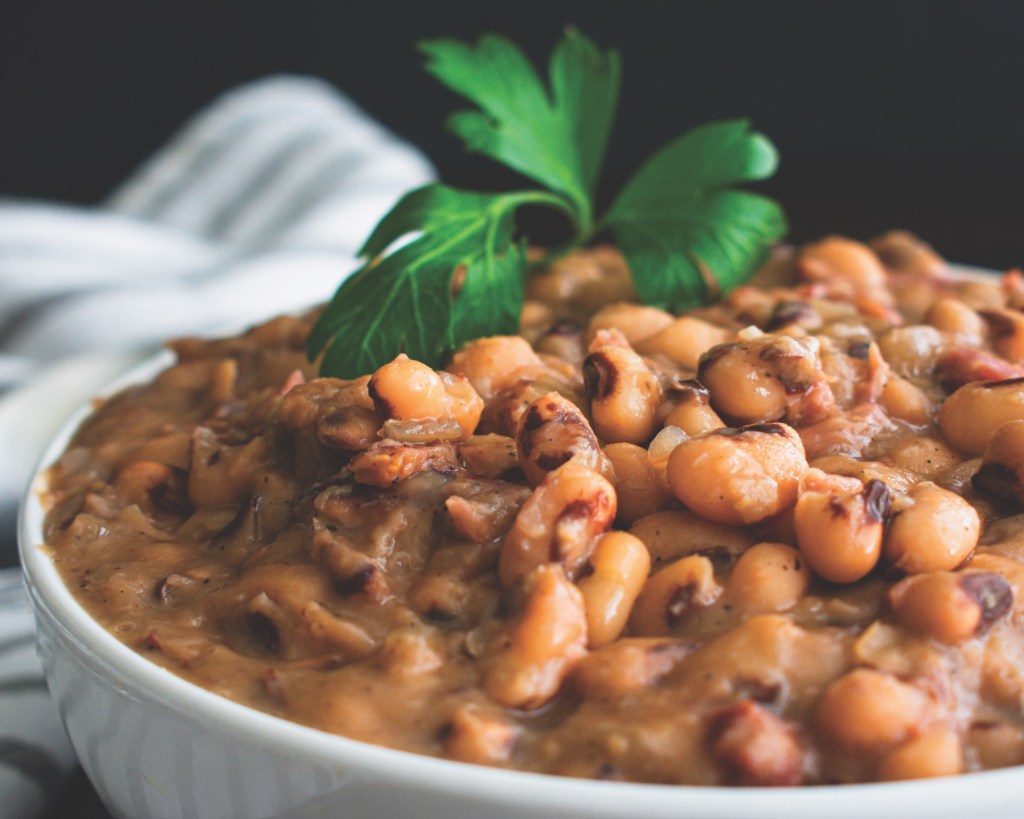 No New Year’s table in the South would be complete without black-eyed peas and some type of green. (FILE | ADVERTISER)

The start of a new year has been the reason for celebrations for thousands of years. The first record of festivities of New Year are from ancient Babylon, 4,000 years ago. According to The History Channel website, Babylonians celebrated the first new moon following the vernal equinox—a day in late March with an equal amount of sunlight and darkness. The celebration was named Akitu and had religious importance. However, not all New Year traditions have such a logical origin. To celebrate the New Year in modern times, the most iconic tradition is dropping a giant ball in New York City’s Times Square at the stroke of midnight. Millions of people around the world watch the event, which has taken place almost every year since 1907. In Mexico, families walk in circles around the outside of the house at midnight with luggage to say farewell to the “Old Year” leaving. South Africans celebrate the date by throwing old furniture or broken appliances out of the window — an occasion many women around the world can relate to. New Year traditions are endless and found in every country in the world. Cultures hang on superstitions to ensure their good destiny for the coming year, but why superstitions? Some of the world’s most well-known superstitions originated from the best logic and reasoning including those that Americans observe.

Saying “God Bless You” when someone sneezes is more than just wishing the evil spirits away. The particular custom began in the sixth century A.D. by order of Pope Gregory the Great. A disease was spreading through Italy at the time and the first symptom was sneezing, often followed by death.

Pope Gregory urged those healthy to pray for the sick, and ordered that responses to sneezes be the urgent “God bless you!” If a person sneezed when alone, the Pope recommended that they say a prayer for themselves in the form of “God help me!”

Another common superstition of throwing a dash of spilled salt over the shoulder originated 3,500 years ago from the Sumerians. The superstition ultimately reflects how much people prized salt as a seasoning for food. The etymology of the word “salary” shows how highly it is valued.

Apart from salt, no New Year’s table in the South would be complete without black-eyed peas and some type of green. While these foods have largely been associated with Southern heritage, their roots in the Southern kitchen can be traced back to West Africa. Black-eyed peas are native to West Africa. The forced migration of enslaved Africans to North America and their interactions with European colonists led to a convergence of customs and culinary dishes. Sephardic Jewish immigrants also celebrate Rosh Hashanah (the first day on the Jewish calendar) by eating black-eyed peas, a tradition that also may have originated from Africa considering the Jewish immigration through southern Spain before being forced into exile during the Spanish Inquisition.

Regardless of age or country of origin, superstitions have found a way into our heart and culture. It is a way to connect with our past and history. Those things are worth carrying into the future for the New Year and new generations to come.