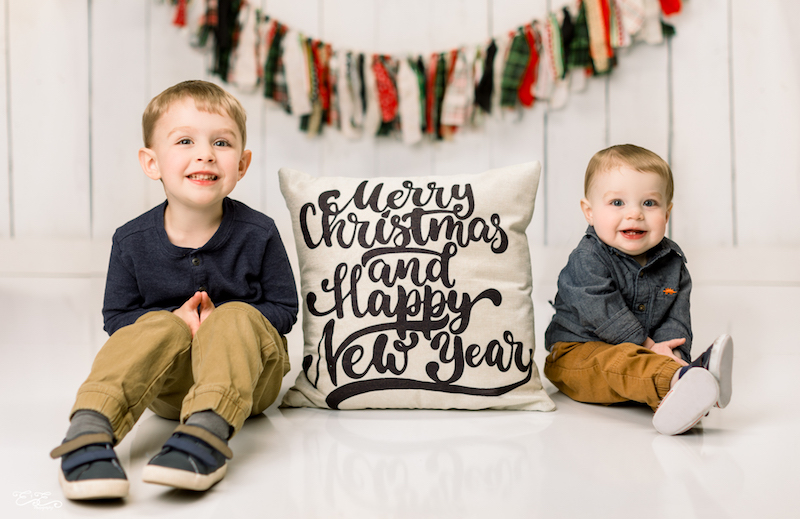 Several families have children with birthdays on a major holiday. Some may have expected it.

For others, such as Blake and Kalee Potts of Thorsby, having a child born on a major holiday comes as a surprise.

The Potts family experienced this twice as both their children were born early making their entrance into this world on a major holiday.

Both boys are called by their middle names.

“With Kaylor, I had some blood pressure issues, so we went to the doctor on New Year’s Eve,” Kalee Potts said.

Because her blood pressure was so high, the hospital induced labor. Kaylor was born at 12:58 p.m. on New Year’s Day.

Kamden was set to be born around Dec. 27.

“Everyone was rooting for them to be born on the same day,” Blake Potts said. “It was that close. Initially, it was measuring out to be within a day of each other.”

He said he was more “at ease” when Kamden came early because they had been through the process before.

“The first one was a little more that panicky … I guess I felt a little more out of control,” Blake said, especially since they thought they were going to have Kalee’s blood pressure looked at, not have their baby.

Kalee’s blood pressure became so high that the doctor was worried about it endangering Kaylor, so the doctor told the couple Kalee would be induced.

“The staff was really good,” Blake said. “Our nurses were great. Our doctors were fantastic. I appreciate their forwardness to put me at ease after that moment.”

With Kamden, the family had attended a Christmas Eve service and a family members house for dinner. While Kalee was getting the living room ready for Christmas Day, she suspected that she was going into labor and called the hospital.

While the children are too young to really understand about birthdays and parties, Blake and Kalee have already begun discussing how they might navigate having two children with birthdays on holidays so close to each other.

“This year, we are having a birthday party on New Year’s Day for both of them,” Kalee said. “That is how we have chosen to do it this year in the future how will that look, I’m not sure.”

Having some kind of celebration in the summer has also been discussed as a way to stretch out the presents.

“That’s a long time to go as a little kid with just birthday, Christmas, New Year’s done all year long — no cake, no celebration,” Blake said.

Kaylor will get to share a treat with his day care class when they go back on Jan. 3.

So far, family members have given the boys gifts for both their birthday and Christmas.

Kalee said she wants to be able to make celebrating the boys’ birthdays special.

One benefit of having a child with a birthday on a major holiday is Blake and Kalee will always be off work on that day.