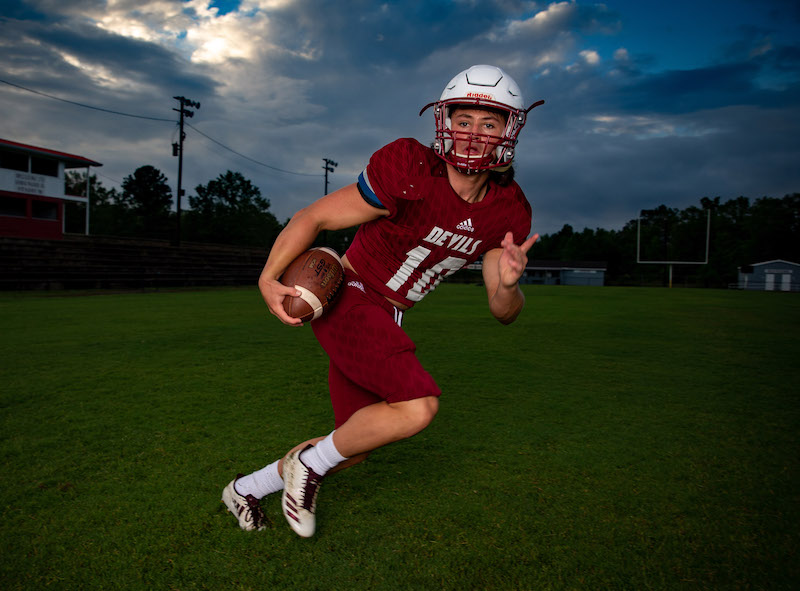 Brady Harrison at Maplesville High School has been named the Defensive Player of the Year. (BRANDON SUMRALL | SPECIAL)

The 2021 football season brought a change in position for Brady Harrison at Maplesville High School, but he was a big part of the school’s success.

“He had always played outside linebacker for us, but this year we moved him to the inside,” head coach Brad Abbott said.

This flexibility in playing has been attributed to Harrison’s dedication to studying plays and developing a good knowledge of the game overall.

Harrison remained consistent throughout the season helping his team make it to the third round of the playoffs.

“He has an instinct about finding the football, and, of course, he is also a great tackler,” Abbott said.

Harrison had 132 tackles for the season as well as three sacks and three fumble recoveries.

“From the get go, he was averaging 10 tackles a game … he never really had an off game,” Abbott said.

Abbott has watched Harrison’s instincts develop from the time he was in seventh grade.

Even then, Harrison worked hard for excellence in the sport.

“He has always been an athlete, always athletic, but to watch him grow into the player he was this year on the defensive side, as well as the offensive side, was just a great thing,” Abbott said

The Maplesville senior also had a great year when playing on offense, where he is a running back. He had 1,630 rushing yards for the season and 16 touchdowns.