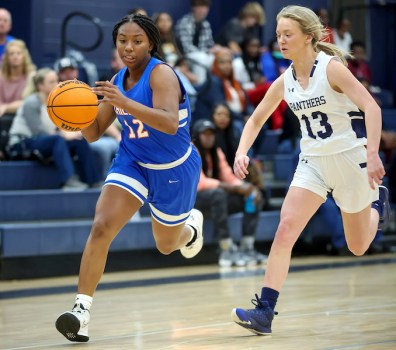 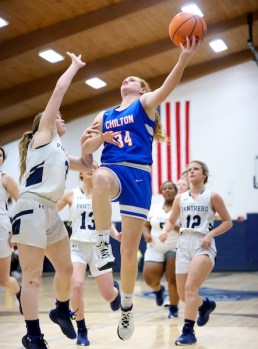 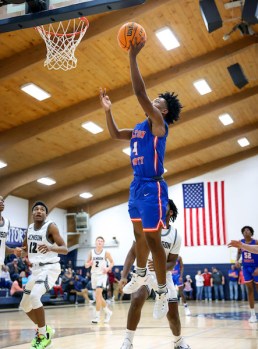 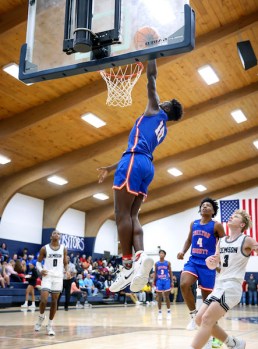 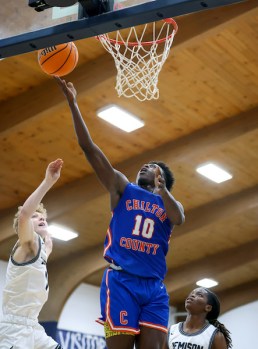 The Chilton County High School basketball teams took to the road on Dec. 17 and picked up a clean sweep of cross-town rival Jemison as both Tiger varsity teams came away with victories.

Varsity girls action was a back and forth affair during the early minutes as the two squads exchanged baskets while neither sported more than a one-point lead. A basket from Tyeshia Williams put the Tigers up three but a quick answer from Haileigh Greer again made it a one-point game. The combination of Williams and Marlie Giles gave the Tigers their biggest lead thus far at four, while the two cmbined again to push Chilton out in front by nine at the end of one, 18-9.

Iasia Anderson and Destiny Peterson joined the scoring tally for the Tigers to start the second and with the addition of Tyonna Booker, CCHS outscored the Panthers 16-10 on the period on their way to a 34-22 halftime lead.

CCHS continued to pull away through the third as six by Anderson, eight by Williams, and five more by Giles powered a 28-12 third period by the Tigers and sent the game to the fourth and final period with Chilton sporting a 62-34 lead.

A hot clock during the fourth and final period greatly limited the scoring, but with Giles and Anderson continuing to lead the way for CCHS, the Tigers would go on to cruise to a 70-40 victory over the Panthers.

The first period of varsity boys action matched that of the girls as the two teams went basket for basket through the early moments. Harrison Hilyer put the Panthers up three midway through the period, but an answer by Latavion Floyd and Jamon DeJarnett would swing the lead in favor of the Tigers by two. A basket from Hilyer knotted the score at ten, while baskets from Jakeveon Bolding and Blake Calloway closed out the first with a 12 all tie.

The second period of the contest was a much different game however as DeJarnett and Eli Dale put the Tigers up five during the early minutes, however, Hilyer and Blake Calloway quickly answered to make it a two-point game. The two-point deficit would be the closest the Panthers would get to the Tigers the remainder of the evening as a basket from Bolding would kick off a 13-0 Chilton County run to end the second while sending the Tigers to the locker room with a 33-16 lead.

CCHS continued to pull away through the third as DeJarnett pushed the lead to 21 while Floyd later made it a 30-point Tiger lead midway through the period. Baskets from Tucker Bradford and Desmond Jemison in the final moments of the period cut into the Tiger lead, but it was Chilton County that went to the final period with a 15-point lead.

As with the varsity girls earlier in the evening, a hot clock during the final period greatly reduced the scoring during the period and with a lone basket from Coden Cummings for Jemison, the Tigers cruised to a 54-24 win over the Panthers.

Bolding, DeJarnett and Floyd all posted double digit points on the night with Bolding and Floyd also picking up near double digits in rebounds. Hilyer, Calloway, and Tucker Bradford each posted six for the Panthers.