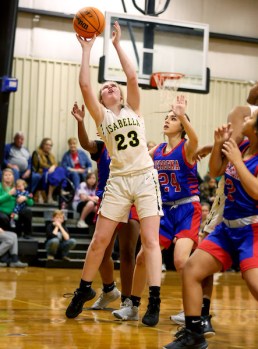 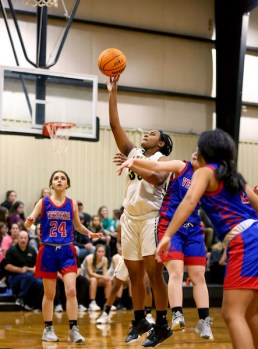 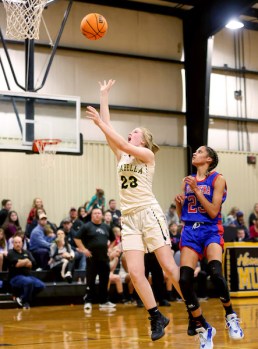 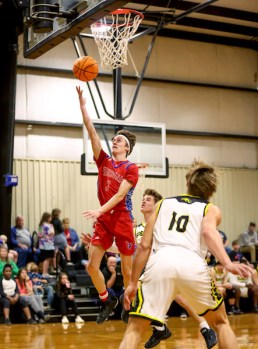 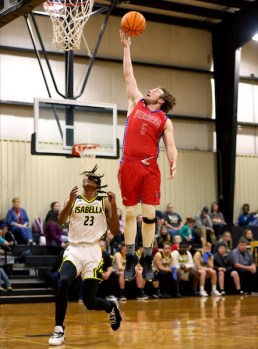 Verbena varsity boys basketball and one to the win column on Dec. 14 with a 74-69 win over the Isabella Mustangs.

The game was a back and forth affair through the early minutes while a five straight from James Smitherman gave Verbena an early 7-3 lead. The Red Devils lead grew to five thanks to Donald Jackson, but with four from Elijah Kendrick, Isabella pulled to within one. A basket from Jackson led a 5-0 run by Verbena that would bring the first period to a close with the Red Devils sporting a 23-17 lead.

A basket from Logan Murray to start the second period jump started a 6-0 run by Verbena that pulled the Red Devils to within one. For the next five minutes of play, the Red Devils pulled ahead by four only to see the Mustangs answer to cut the lead to one. With 1:33 to play in the period, a basket from Murray made it a 34-all game. Kendrick followed to put Isabella up two but would be answered by baskets from Jarod Quinn and Jackson to swing the lead back in favor of Verbena at the half, 41-39.

Dre’ Von Lee got the second half going with a basket for Isabella and began a back and forth battle as neither team amounted more than a 3-point lead. With the two teams swapping the lead on multiple occasions through the period, a basket from Lee with just over a minute to go would give the Red Devils a 55-54 lead as action moved to the final period of play.

A basket from Raymond Boston to start the fourth would kick off a 8-0 run by Isabella that would eventually end on a basket from James Smitherman, but with an answer from Kendrick, the Mustang lead was set at nine. A pair from the line by Kendrick moved the lead up to eleven where a basket from Jackson began the downfall of Isabella as a 12-0 run by Verbena brought the Red Devils storming back. With 2:22 to play, a basket by Hand would give Verbena the lead but not for long. A basket by Chapman gave Isabella the lead once again but a quick answer from Smitherman gave Verbena the lead for the final time as the Red Devils went on to a 74-69 win over the Mustangs.

Smitherman led the Red Devils with 30 points and 11 rebounds while Kendrick led Isabella with 23 points and 12 rebounds.

Period one of varsity girls action was a free throw shooting contest through the early going as both teams took their share of shots from the charity stripe on Dec. 14.

With the Mustangs sporting a slim two-point lead during the early minutes, it was a three from Amelia Fjeldstad that jump started the Isabella offense to kick off a 9-0 run as the Mustangs ended the first period with a 17-12 lead.

A three from Verbena’s Jasmyn White to start the second cut into the Isabella lead, but with a quick answer from downtown by Lexi Higgins and a pair from the stripe from Sadie Simon, the Mustang lead would grow to seven. Amelia Ballew and Makayla Logan would combine to make it an 11-point game while late baskets from White would send the teams to the halftime break with Verbena trailing 30-22.

Another three from Amelia Fjeldstad to start the third along with a pair of baskets from Simon would extend the Isabella lead to fourteen. Five more from Logan would later make it a 15-point game while a late three from White cut the lead to 12 as action moved to the fourth and final period.

Higgins would get the fourth going for Isabella from downtown and with the addition of baskets from Gracie Fjeldstad and Ballew, the Isabella lead grew to 20. Logan and Amelia Fjeldstad later put the Red Devils in a 22-point deficit as Isabella went on to cruise to a 21-point victory, 72-51 over Verbena.

Logan and Amelia Fjeldstad each put up 14 points for Isabella while Jasmyn White led Verbena with 40 points and 15 rebounds.