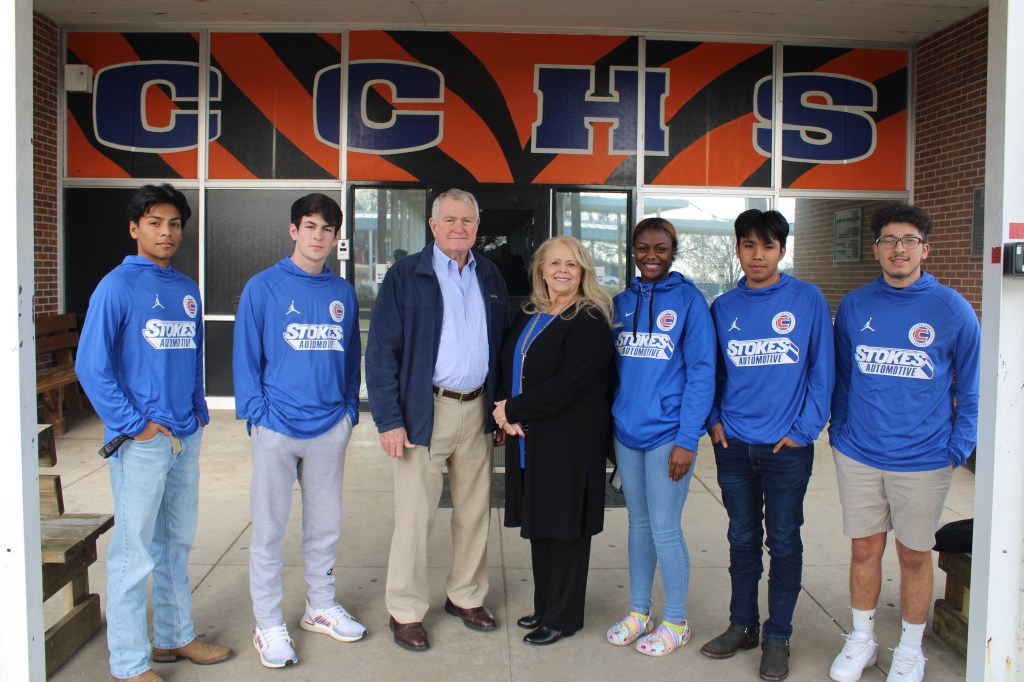 Chilton County High School’s soccer program has received a welcome boost in the form of a sponsorship by Stokes Automotive.

“These kinds of sponsorships really mean a lot to us,” Brandon Gurganus, who coaches the varsity and junior varsity teams, said.

Gurganus said the company had reached out about supporting the program beyond  simply sponsoring one student.

“We kind of came up with this idea of them sponsoring our Spirit Packs, and we put their logo on our hoodies and that kind of thing,” Gurganus said.

“For us to exist as a program, parents either have to pay for their kid to play, or we have to raise money,” Gurganus said.

Raising these funds usually comes in the form of each athlete securing sponsors for their Spirit Packs, usually at $100 per sponsor.

The team also raises money through ticket sales. However, Gurganus said these funds go toward paying the referees for each game.

Additional funds are needed for buses for away games, field maintenance or other expenses.

The next season starts Feb. 4.