Christmas with Christmas: Pastor celebrating 75th anniversary of his ordination 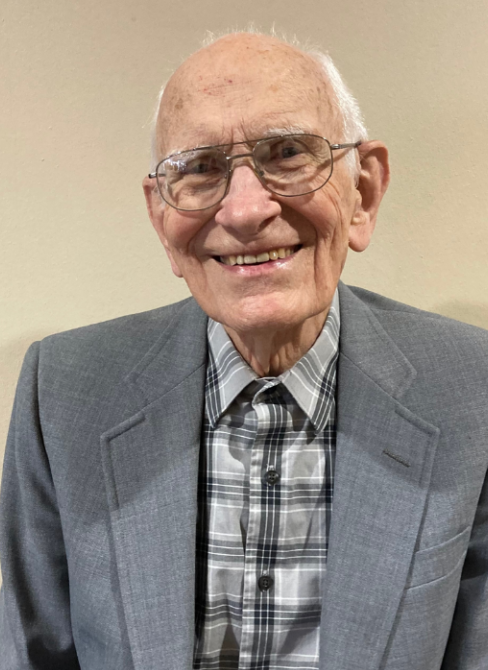 Dr. Charles Christmas will deliver the Sunday morning message at West End Baptist Church in Clanton on Sunday, Dec. 26 at 10 a.m., the exact anniversary of his ordination. (CONTRIBUTED)

Many church pastors dedicate their life to “feeding the sheep” and “making fishermen of men” but most of them do not have the long experience that Dr. Charles Merry Christmas has. This month, marks Dr. Christmas’s 75th anniversary of ordained ministry. Now 95 years old, Christmas lives in Memphis, Tennessee near his daughter Joy Carol Christmas Sanders, but spent many years of his career with Chilton Baptist Association and other churches in the southeast. On Sunday, Dec. 26 at 10 a.m., (the exact anniversary of his ordination), Dr. Charles Christmas will deliver the Sunday morning message at West End Baptist Church in Clanton.

“We are looking forward to his message and also have a special presentation that will be part of the service,” said James Watkins, Pastor of West End Baptist. “We want to honor a life well lived and a ministry that has exalted our Lord.”

Born in 1927, Christmas was ordained at his home church, Cottonwood Baptist in Cottonwood, Alabama in 1947. Christmas served at numerous churches including Sylacauga, Birmingham, Irondale, and New Orleans, Louisiana. He also served as minister of education in Center Point, Alabama. From 1990-1997, he served as director of missions at Clanton West End Baptist and worked for Chilton’s Baptist Association. He was a Chilton Baptist Builders volunteer, which meets the building needs of those in need within the Southern Baptist region. He also served as interim pastor at several Baptist churches within Chilton County.

“As director of missions, he ensured that Chilton Baptist churches were ministered to,” Watkins said. “There are about 55 churches within Chilton Baptist Association and he made sure that they were all looked after. They pastor-pastors and also help minister and support the congregation.”

Christmas is also well-known in the Baptist community for being kind and cordial.

“He is 95 years old, he preaches with great clarity and he it is a blessing to talk to him,” said Watkins. “He is such an encourager!”

Christmas currently serves as a volunteer chaplain at the Lutheran Village Independent Senior Community where he teaches a weekly Bible Study. He is the father of Charles Christmas Jr. and Joy Carol Christmas Sanders. He has five grandchildren and 22 great-grandchildren.

Watkins invites those in the community without a home church to come and be blessed by Christmas’s message on Dec. 26. West End Baptist is located at 2005 Second Ave. N, Clanton.