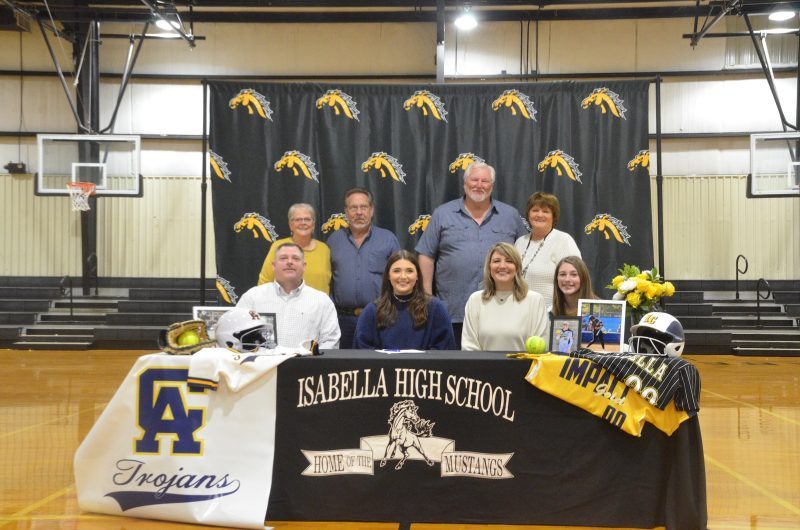 Wilson has been a starter for the Mustangs since the seventh grade. She is coming off a superb 2020 season, reaching a .493 batting average and leading the Mustangs with nine home runs. She also had a .857 fielding percentage for Isabella.

Central Alabama Community College saw massive potential in her, and she is excited to get the opportunity to play at the next level.

“I’ve waited my whole life for this,” Wilson said. “Finally seeing that I can achieve what I’ve been looking forward to my whole life (is amazing), and I think that I’ll fit in good there (Central Alabama Community College). I think it’s going to feel like home.”

Many of her coaches and those close to her spoke about that hard work during the signing day event. They spoke about her being a leader, and being one to push herself and her teammates on and off the field.

Those qualities are the kind that a successful program like Central Alabama Community College is looking for. The Trojans are the reigning National Junior College Athletic Association champions, and they are bringing Wilson in to continue to be the leader and player that she always has been in hopes that she can help them to another championship.

Wilson has set the bar higher for herself as she moves on to play college softball. While she has achieved much in her time as Isabella, she knows that there is more to be accomplished in Alex City.

With her talent and work ethic, she should have no problem achieving those goals.