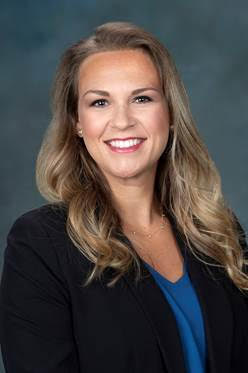 Allison Bright, now the CEO of the Utilities Board of the city of Cullman, became interested in a career in electrical engineering while attending LeCroy Career Technical Center. (ALLISON BRIGHT | CONTRIBUTED)

Even as a student at Jemison High School, Allison Bright knew she wanted a career in electrical engineering.

Now, she is the CEO of the Utilities Board of the city of Cullman. She oversees the operations of both the electric and water divisions for the city. She started this position on Oct. 12.

Bright began her exploration of electrical engineering through classes at LeCroy Career Technical Center, and these classes helped solidify her career choice.

“I am thankful that Chilton County had the opportunity and foresight to have that there for a lot of different occupations,” Bright said.

As a high school student, Bright saw taking classes at LeCroy as a good way to complete her required math and science courses, while “getting an introduction” to engineering.

“If I got in it and I realized this is not what I want to do, I would still have gotten my math and science credit, but I would have realized before I went to college and spent a lot of time and a lot of money and a lot of study hours,” Bright said.

“He was instrumental in kind of sparking that interest and helping me develop and grow, and so when I graduated from high school, I knew without a shadow of a doubt that I wanted to go into engineering, and because of his teaching and his exposure on the various subjects on the physics side and the math, I knew I wanted to go into electrical engineering,” Bright said.

She said she was thankful for the experience of classes that showed her a variety of applications for engineering and the career options related to it.

After high school, Bright attended Auburn University and completed her bachelor’s degree in 2010.

Her former instructor Gilliland continued to be a resource during her studies.

In college, Bright interned with Alabama Power and went to work for the company when she graduated.

She said including her years while still in school, she worked for Alabama Power/ Southern Company for 15 years, gaining experience ranging from working in the field to working directly with the vice president of engineering.

Bright married a fellow Auburn graduate and moved to Cullman to be closer to his family. However, she was still commuting to Birmingham until her position was transitioned to work from home due to the COVID-19 pandemic.

“I really wasn’t looking to leave,” Bright said. “I wasn’t looking for any opportunities … When I started my career at Alabama Power, I never thought that I would leave.”

However, the Cullman position became available and would mean a much shorter commute.

“The criteria for the position, the responsibilities, the experience really kind of all lined up very closely with my experience,” Bright said. “It was an opportunity that I felt I couldn’t pass up.”

She said having qualifications for the requirements so closely is a rarity.

Being able to work in the community where she and her family lives was also appealing to Bright.

Bright has several family members still living in Chilton County that she visits.