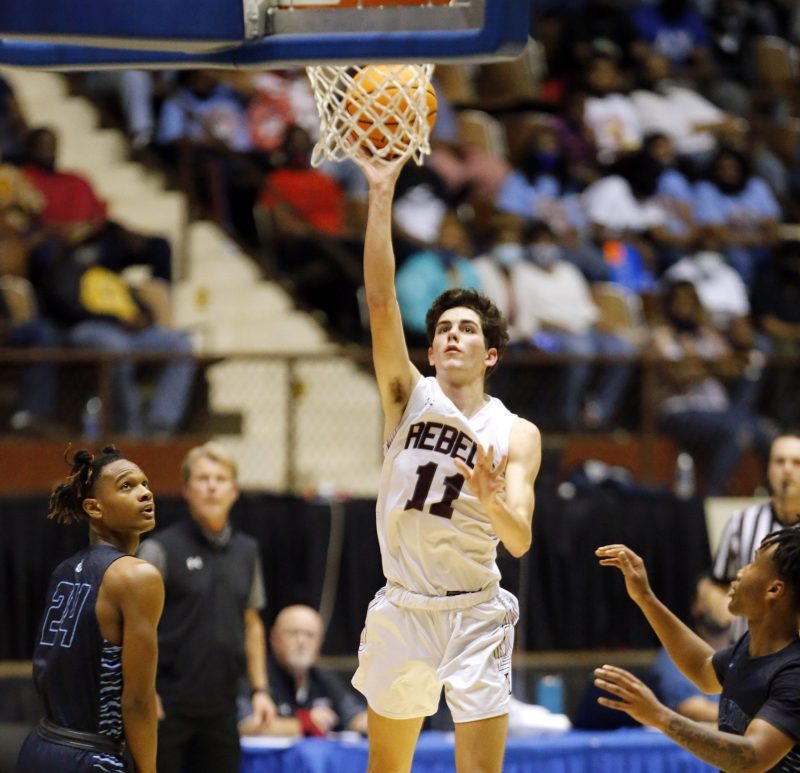 Thorsby’s Brody Mims was superb in the Rebels’ two wins over Alabama Christian Academy and Maplesville High School on Dec. 2 and 3. (FILE/ ADVERTISER)

Thorsby High School’s Brody Mims is this week’s athlete of the week thanks to excellent efforts in victories over Alabama Christian Academy and Maplesville High School on Dec. 2 and 3.

Mims broke out for a huge game against Alabama Christian Academy. He led the Thorsby offense with 37 points in the 66-49 victory.

The next night, Mims followed that performance up with another big one, scoring 20 points for Thorsby in a dominant 75-45 win over the Red Devils.

Gracie Fjeldstad had a big performance on Dec. 2 for Isabella, leading the Mustangs to a 65-32 victory over Billingsley High School to keep its record perfect so far this season.

In the victory, Fjeldstad scored 15 points while also picking up eight rebounds, four assists and six steals. She was all over the court, helping the Mustangs to the lopsided victory.