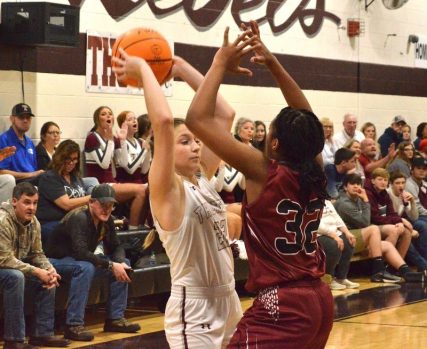 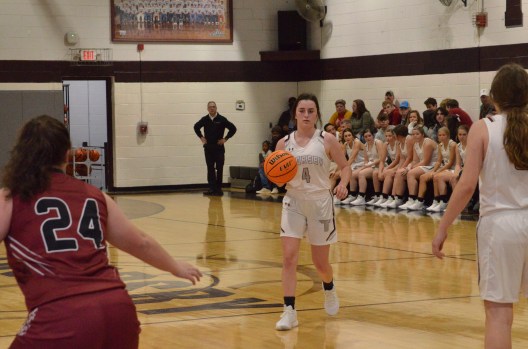 Makinley Turner takes the ball downcourt for the Rebels in their win over Maplesville. (ZACHARY SEIFTER/ ADVERTISER) 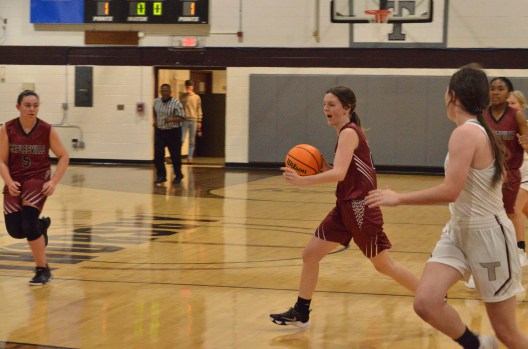 Maplesville opened its season with a loss to Thorsby on Dec. 3. (ZACHARY SEIFTER/ ADVERTISER)

Thorsby High School’s girls basketball team defeated Maplesville High School on Dec. 3 by a score of 40-10. The victory improved Thorsby’s record to 2-4 on the season, while the loss dropped Maplesville to 0-1.

The game began as a defensive showdown, as both teams struggled to put points on the board in the first quarter. Through the first four minutes, the two teams combined for one basket. However, the Rebels offense was able to sink a couple of shots before the end of the quarter, giving them a 4-2 lead heading into the second.

Each team’s defense did not buckle in the early portion of the second. The Rebels led 8-4 halfway through the quarter when their offense began to heat up. An 11-0 run to end the half gave Thorsby a 19-4 advantage heading into the second half.

Thorsby’s offense continued to put some points on the board while the defense continued to stifle Maplesville at every turn. The Rebels outscored the Red Devils 12-4 in the third frame, giving them a 31-8 lead going into the final quarter.

The fourth quarter produced much of the same, as Thorsby outscored Maplesville 9-2 in the last eight minutes, bringing the game to its final score of 40-10.

“Tonight, we hustled a lot more, we played tough defense, I think that’s where most of our points came from,” Thorsby senior Cameron Lockhart said after the game. “… We saw the ball a lot and hustled really well, and I think that’s how we came up with a big win tonight.”

The 10 points given up in the game was the least amount that Thorsby has given up to any opponent all season. If the defense can continue to play at that level, the Rebels will be a tough team to deal with going forward.

“Our defense was good tonight, only gave up 10 points,” Thorsby head coach Kris Wood said. “It took a little while for our offense to get going. The last few games, we haven’t won but our defense has been good. We’re young and we’ve just got to get our offense going. It finally got going tonight and it paid off.”

The Rebels will look to build off this win when they travel to Jemison to take on the Panthers on Dec. 7. Tip-off for that game is scheduled for 5 p.m.