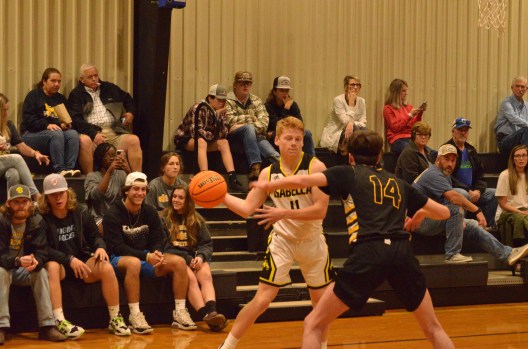 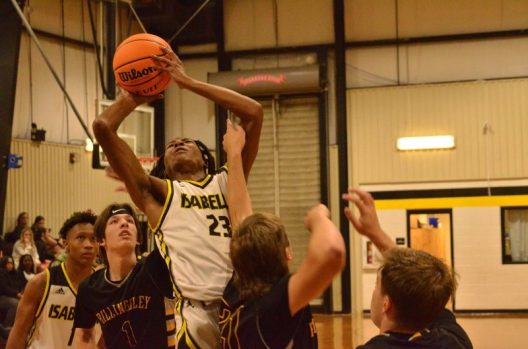 Raymond Boston goes up to secure a rebound in Isabella’s win over Billingsley. (ZACHARY SEIFTER/ ADVERTISER) 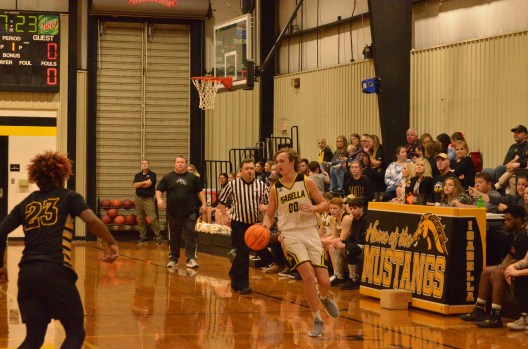 Isabella was outstanding on both sides of the ball. The offense was efficient and played fast from start to finish, while the defense put on a clinic, giving up just 19 points.

The Mustangs took control of this game from the opening tip, starting the game out with an 8-0 run. That lead continued to grow throughout the first quarter, and when the buzzer sounded at the end of the quarter, the score was 18-0 Mustangs.

The third quarter produced similar results. Isabella continued to do things right on both sides of the ball while Billingsley continued to struggle. The Bears had no answers for the Mustangs’ offense or defense, allowing Isabella to take a 66-14 lead into the final quarter.

At that point, the game was very much in hand. However, in the fourth quarter Isabella continued to play with the same tenacity and focus it had all game. The Mustangs outscored Billingsley 12-5 in the final quarter, bringing the game to its final score of 78-19.

“I think in our situation any win can build confidence and build momentum going forward,” Isabella head coach Jared Day said. “I think they realized tonight that they can be a really good, complete team. We’ve got people that can handle the ball, shoot the ball, defense was lights out. Definitely a lot of momentum from this. I think we’re excited about playing basketball around here.”

The Mustangs will have a chance to build on this win on Dec. 7 when they travel to Verbena to take on the Red Devils. That game will follow the girls game, which is slated to begin at 6 p.m.