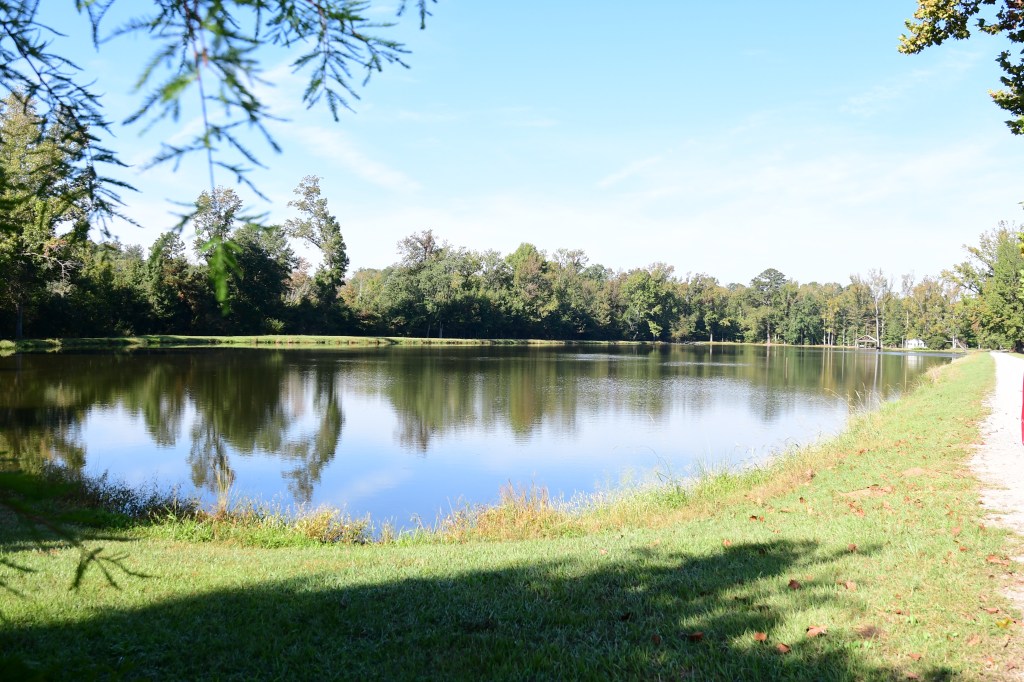 A view of the mill pond today. (JOYANNA LOVE/ ADVERTISER)

Editor’s Note: This story was originally published in the 2021 edition of Generations. Copies are available at The Calnton Advertiser office.

The importance of the lumber industry to the formation of Maplesville is well-known, but perhaps less well-known is that the man-made mill pond for the historic Twin Tree Lumber Company still exists.

Maplesville resident Clem Clapp now owns the property that was once this industrial hub.

“My grandfather moved here in the early 1900s, and he wanted to be a gentleman cattle farmer on the side, so he wound up buying this land, several parcels, and it just so happened, that’s where this mill had been 10 years before,” Clapp said.

The mill was incorporated in 1901, and a pond was constructed to keep the logs in to prevent them from drying out before they could be cut. The property was purchased from A.P. Howison by the company owners in New York.

“For its time, it was huge,” Clapp said of the mill. “I think it had like 300 employees … from my understanding, it was the biggest mill in the county.” 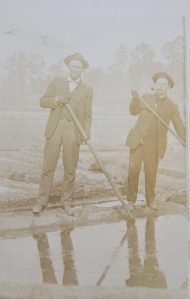 Workers use poles to move logs closer to the edge to remove them. (CONTRIBUTED)

Cables and chains were used to move the logs in the pond. When a log was close enough to shore, workers could maneuver them the rest of the way and remove them using poles.

Clapp said train and tram tracks came down what is now Highway 82 and Crumpton Avenue to bring logs to the sawmill.

According to Thomas Lawson Jr. in “Logging Railroads of Alabama,” the mill bought some existing railroad track that had been constructed by E.E. Jackson Lumber Company in addition to laying some of its own. This gave the company about 26 miles of track.

The tracks were also used to transport the lumber once it was cut to the Southern and the M&O railroads.

Lawson came to talk to Clapp’s father when he was writing the book.

“He was trying to incorporate this particular mill into his book,” Clapp said. “He was a real neat guy to talk to.”

A photo on the book’s back cover features what the pond looked like in 1993. Clapp said the family had a barn near the mill pond at the time, which became a popular photo opportunity.

With the help of Lidar detection, Glenn Littleton of Thorsby has located 11 miles of where the track had been. Clapp has also enjoyed exploring the area looking for remnants left from the mill’s operations.

While doing a project on his land, Clapp found what he believes was part of the old track bed lined with numerous nails and railroad spikes.

He also founds chunks of steel near where a maintenance shed for the trains would have been located.

He and his grandson enjoy going over the land with a metal detector to see what they can find.

Ownership of the mill changed a few times during its years of operation, but was always owned by out-of-state companies.

A reunion of some of the last mill leaders was held in the 1940s. Clapp said he has seen some of the letters that were sent in response to the invitation.

The mill burned down in 1918. By then, the trees that the company could access had depleted, so the mill was not rebuilt. According to Lawson, “Twin Tree Lumber Company moved its operations to Hopkins, Georgia, where it operated during most of the 1920’s.” Clapp said some of the buildings that had not been destroyed in the fire were dissembled and transported to the Georgia site, where they were reassembled. He said this included the employee houses and some of the track that had been used. Once in Georgia, the company continued until the 1930s.