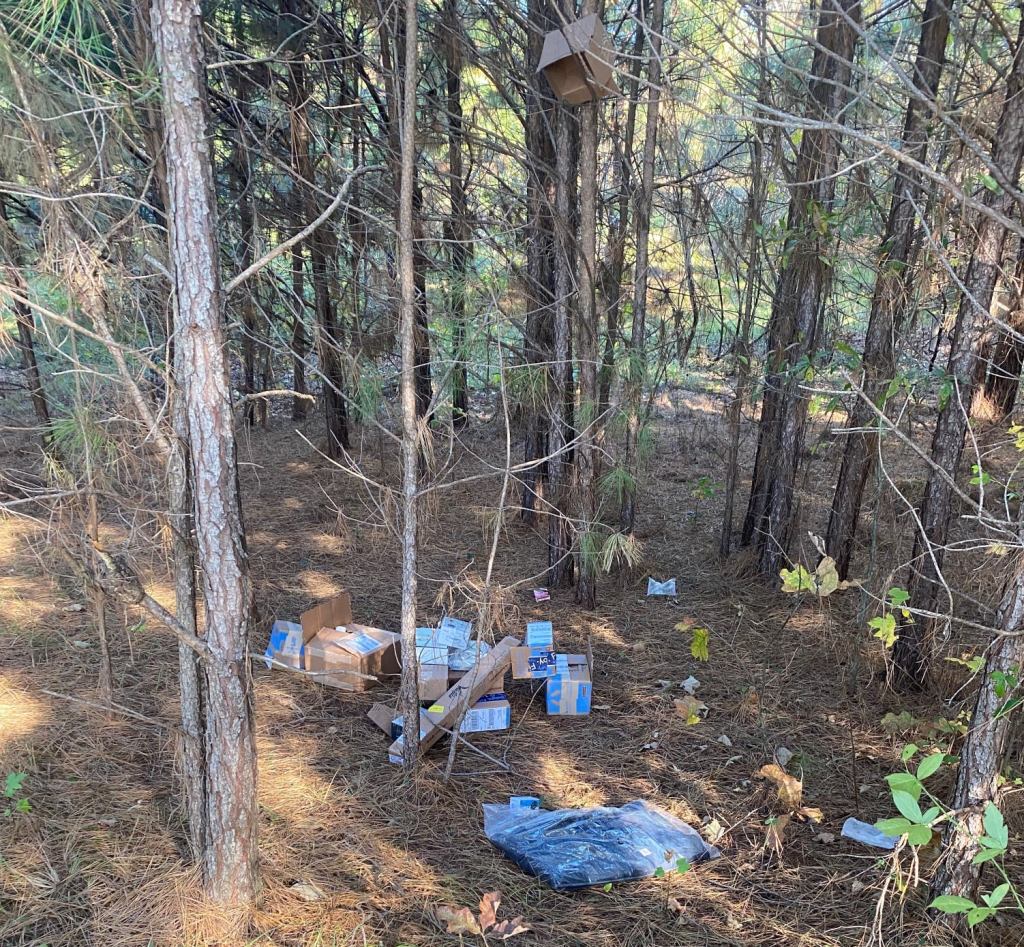 FedEx packages have been found along County Road 166 in Jemison. (JEMISON POLICE | CONTRIBUTED)

Several packages have been found on the side of the road on County Road 166 in Jemison.

Jemison Police Chief Shane Fulmer said the department “received a call from a citizen that saw them, and we went out and retrieved them.”

All of the 20 or so packages were being shipped through FedEx. The company has been contacted and will handle notifying customers.

Fulmer said several of the packages appear have been opened and the contents appears to have been stolen. However, he said there are also several that are still intact.

Fulmer said the packages have likely not been there long.

“To me, it doesn’t appear that they have been there more than a day or two,” Fulmer said.

Anyone who thinks one of the packages may be theirs should contact FedEx.

Fulmer said the department would work with the company as it investigates the incident and file any criminal charges needed related to the incident.