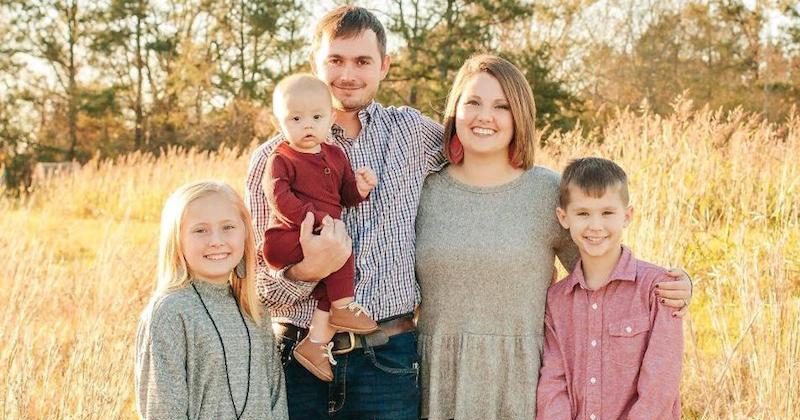 James Richards stands with his family. He is the new pastor of Pilgrim Rest Baptist Church. (JAMES RICHARDS | CONTRIBUTED)

Richards had been serving as interim pastor for the past year.

“I had been running from it I guess — being a pastor,” Richards said.

He said the more he prayed about it, the more he had people asking him about it, and he felt God calling him into pastoral ministry.

His first Sunday as the official lead pastor for the church was Nov. 21.

Richards had attended the church for six years.

“I love the church here,” Richards said. “It feels like home, good Christian people. The more I felt led to step up as pastor, it just seemed like there was more encouragement and prayer from the church members.”

About six months before he agreed to take the pastor position in more than an interim role, “the Lord just gave me peace” about it, Richards said.

“I knew that if I was asked that I would accept it,” Richards said. “Me and my wife (Cassie) both agreed.”

He said he was looking forward to seeing the church grow.

During his past year as interim, Richards has enjoyed participating in events at other churches and being able to represent the church at community events in Billingsley.

Richards grew up in Marbury. He and his family now live in Billingsley.