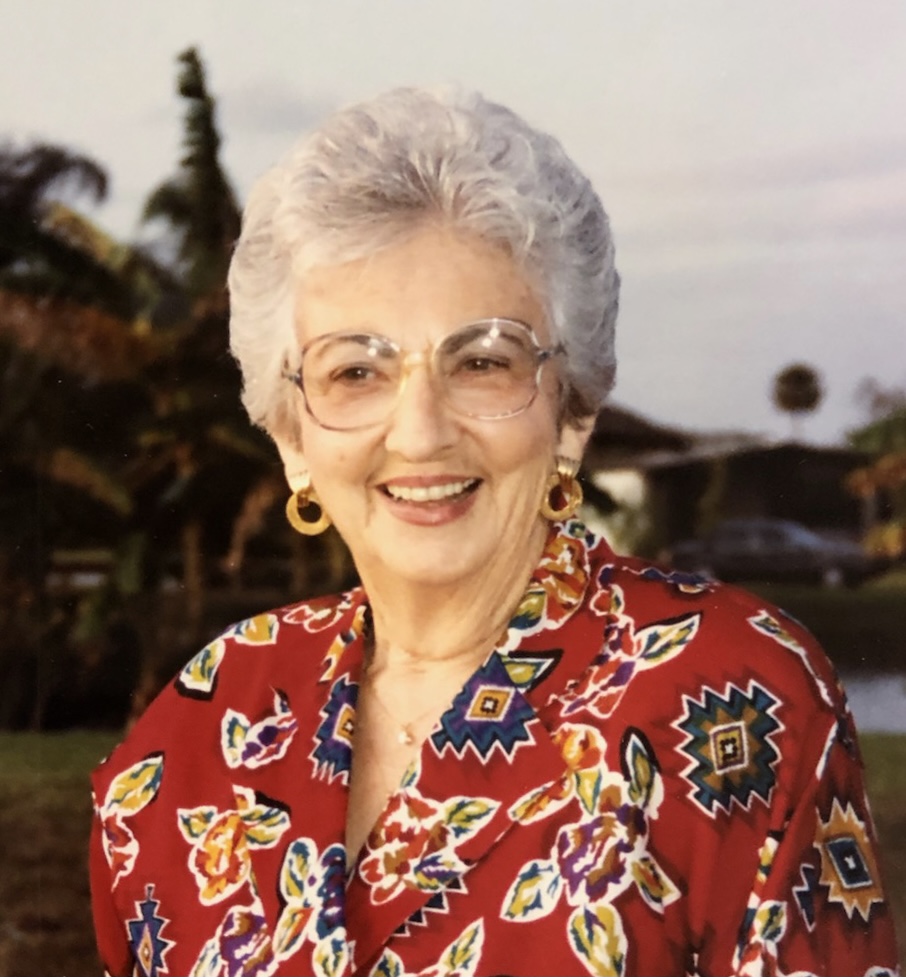 Florine was born on Oct. 17, 1920 in Clanton to Walter and Pearl (Bates) Mims and grew up with six brothers and sisters in Thorsby. She graduated from Thorsby Institute, where she excelled at math and sports.

Florine moved to Irvington in 2005 after living in Midlothian, Virginia and Okeechobee, Florida. She was active in Methodist church, a member of the Order of the Eastern Star, an accomplished gardener, loved the natural world, and was especially adored by her family and friends for her cooking and hospitality. She played cards and board games to win, even with her grandchildren. And she remained athletic through her 90s, when she was recruited by RWC’s mens’ Nintendo Wii darts team, which she led to a championship victory.

The family would like to thank the outstanding staff at RWC for their care and compassion throughout Florine’s last years.

In lieu of flowers, please consider a donation to your favorite charity in Florine’s name.