The Chilton County Commission approved a resolution to reimburse Alfa for a portion of a payment to extend a permit on 524 acres of wetlands at the Alabama Farm Center project site during its meeting on Nov. 23.

Chairman Jimmie Hardee brought the resolution to the commission, and it was approved by a vote of 6-0 with Commissioner Joseph Parnell abstaining from the vote. Hardee and Commissioners Matthew Mims, Darrell Bone, Joe Headley, Randell Kelley and Allen Williams voted in favor of the resolution.

Hardee said he had previously met with Clanton Mayor Jeff Mims, Alfa President Jimmy Parnell and members of the Industrial Development Authority to discuss the matter.

The permit that was held for the wetlands off Interstate 65, Exit 212 was set to expire on Nov. 19, according to Matthew Mims. So, Alfa decided to front the $247,000 needed for a 30-day extension on the permit, with hope that the city of Clanton and commission would each pay a third of that money back. The payment for the extension for the city and the commission came out to $82,334 each, and both would be asked to pay a third of the total amount of the permit at a later time.

“I told Mr. (Jimmy) Parnell very clearly that I would bring this to your attention,” Hardee said. “I was hopeful this would pass, but I would not make a promise.”

Once the permit is paid for, the bodies have five years to develop on the land.

“It is irrelevant what goes out there, whether the Farm Center continues to push forward or anything that we might decide to put out there should unfold,” Matthew Mims said. “Those wetlands credits are viable for that piece of property, not necessarily for the project. So, those credits are going to be needed regardless of what goes there. It’s that important.”

Hardee said he would come back to the commission at a later time to discuss paying the remaining money for the permit.

Also at the meeting, Kelley made a statement on the litter problem in Chilton County. He asked the people of the county to take pride in the place that they live, and to show respect for other people’s property by not throwing garbage on the ground.

The commission also discussed a resolution to bring back compensatory time for the Sherriff’s Department. Williams brought the resolution to the commission, but tabled it so that he could gather more information. 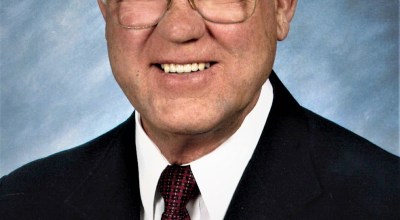