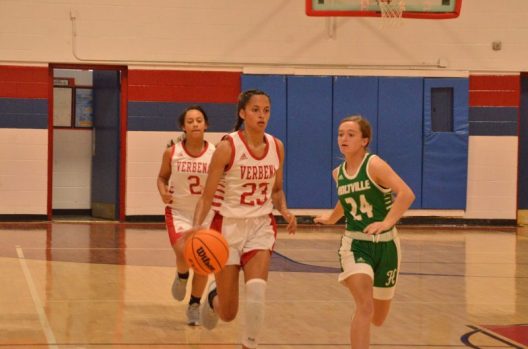 Jasmyn White was dominant for the Red Devils in their win over Holtville on Nov. 18. (ZACHARY SEIFTER/ ADVERTISER) 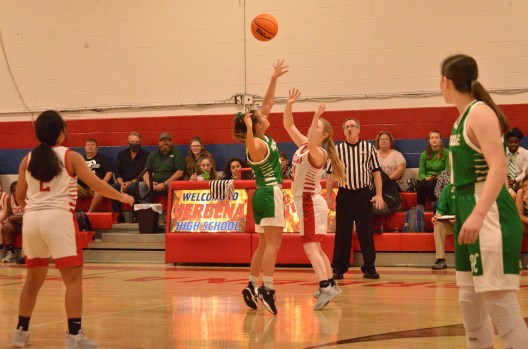 The Red Devils dominated most of the game thanks to an outstanding effort by Jasmyn White. A few mistakes, particularly fouls, by Verbena kept the Bulldogs in the game. However, the Red Devils were able to outlast them and earn the victory.

Verbena jumped out to an early lead to start the game. White picked up four quick points, contributing to a run that gave the Red Devils a 7-0 lead. However, Holtville cleaned up its play in the second half of the quarter, going on an 8-0 run that gave the Bulldogs an 8-7 lead after one quarter.

In the second, White began taking over. She scored four more quick points to give Verbena back the lead, and Holtville had no answer. The Red Devils surged, widening the gap as the quarter kept going. White scored the last seven points of the quarter for Verbena, leading the Red Devils to a 22-14 halftime lead.

In the second half, White continued her dominant play, and the Red Devils got contributions from players like Emilee Hayes and Paris Battle to finish out the victory.

“Tough defense and making our layups is what leads to it (wins),” Verbena head coach David Sneed said. “I tell them every day, (in) girls basketball, if you can play defense and make layups you have a chance to win … We’ll see how the season progresses.”

The Red Devils will have an extended rest during the Thanksgiving holiday before getting the chance to build on this victory. Their next game is on Nov. 30 at Fayetteville High School. Tip-off for that game is scheduled for 5 p.m.