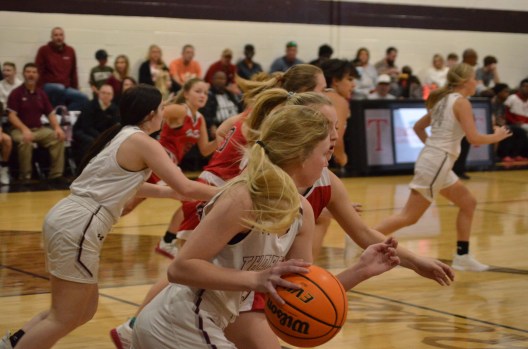 The Rebels committed 16 turnovers in their loss to the Saints on Nov. 16. (ZACHARY SEIFTER/ ADVERTISER) 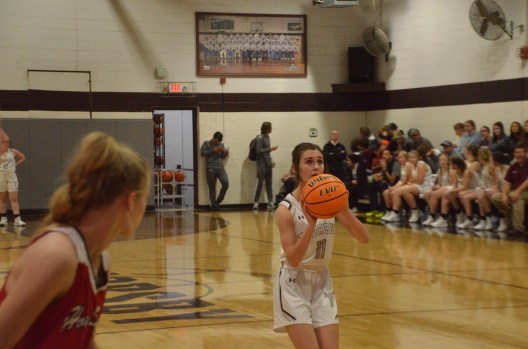 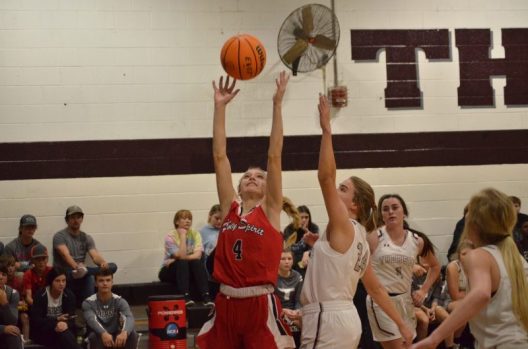 Thorsby High School’s girls basketball team fell at the hands of Holy Spirit Catholic School on Nov. 16 by a score of 43-32. The loss came one night after the Rebels pulled out an overtime win over Westminster School at Oak Mountain.

Thorsby and Holy Spirit went back-and-forth for most of the game, keeping things close. The score stood at 30-27 in favor of the Saints early in the fourth quarter until they eventually pulled away in the final minutes.

For much of the night, the Rebels beat themselves with small mistakes. They missed some open shots, made some errant passes, but the biggest culprit of the night for Thorsby was turnovers.

The Rebels finished with 16 total turnovers in the game, more than what the coaching staff would like to see.

However, the Rebels are a young team after graduating several seniors following the 2020-2021 season. There will be growing pains, something that is well-known to Thorsby head coach Kris Wood.

“We’re inexperienced, we’ll get better at that,” Wood said of the turnovers committed by the Rebels. “We played a lot of eighth and ninth graders, so we just hope to get better.”

The loss may sting a bit for Thorsby, but it is an early-season loss. The Rebels will have plenty of time to fix their mistakes, and Wood expects them to as the season goes on.

“We’ve told the girls ‘Look, we’re not as good as we’re going to be,’” Wood said. “We want to get better every game, and as the year goes on we want to see improvement.”

The Rebels will have a chance to get back in the win column on Nov. 19 when the team travels to Elmore County. Tip-off for that game is scheduled at 5:30 p.m.