School board votes on JHS band room and CCHS expansion 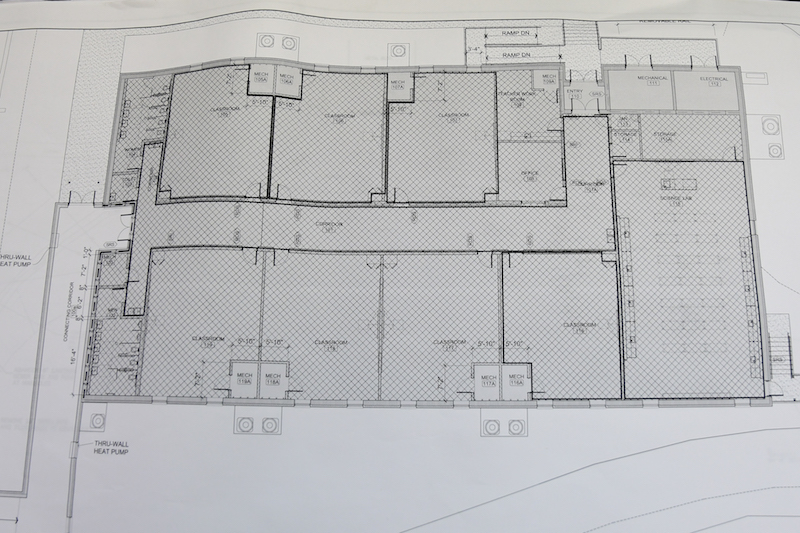 This drawing shows the layout of the CCHS addition. (MCKEE AND ASSOCIATES ARCHITECTS INC)

The JHS band room and a bathroom/ locker room for LeCroy Career Technical Center were bid together and came in at $1.7 million.

Superintendent Jason Griffin’s recommendation to approve stated that the JHS band room would be paid for through funds received from the state bond for construction and other capital projects, while the LCTC project will be funded through Elementary and Secondary School Emergency Relief III funds.

These projects were approved unanimously.

Superintendent Jason Griffin confirmed that the band room will have a storm shelter in it.

The addition approved for CCHS was for seven classrooms and a science lab. A vote to approve this bid had previously failed, so a bid for a six-classroom addition had been sent out to get a price. The six classrooms came in at $2.89 million. Griffin said the cost of six classrooms had gone up by about half a million dollars in 45 days.

Griffin said the company that had been the lowest bid for the seven classrooms and a science lab had said it would still honor its price, even though construction costs have increased since then. The price for this was $3.3 million.

This option also included a mechanical room, teacher workroom and a bathroom.

“With the additional cost, I think it is justified to go ahead with this project,” Griffin said. “… We are using the ESSER III funds to pay for the LCTC bathrooms, so we would have the funds available from the bond money to pay for this.”

He said it was still worth receiving the information on the six-classroom option, so the board had both costs for comparison.

Board member Keith Moore said his concern previously had been whether funding the seven classrooms and a science lab at CCHS would mean not being able to do another project on the list. The project he was concerned about getting left off the list came in under budget and was approved at the Nov. 16 meeting.

Moore said the bid for the six classrooms was “so expensive compared to the first bid” for seven classrooms and the science lab.

“I don’t think we could go out there and build a classroom, a science lab, a mechanical room and a teacher room for the difference in these two bids,” Moore said. “If we don’t do this, I think we are doing ourselves an injustice.”

Board members Moore, Lori Patterson, Brad Carter, Diane Calloway and Jaqueline Sullivan as well as board Vice President Chris Smith voted in favor of the seven-classroom option. Price voted against.

Earlier in the meeting, Smith had been selected by the board to serve as vice president for the next year. Price was selected to continue serving as president.

The board also approved getting architectural drawings for digital signs for each of the schools and for heat pumps/ air conditioning for school gymnasiums.

If approved, ESSER III funds would be used for the signs under the communications qualification for using the funding.